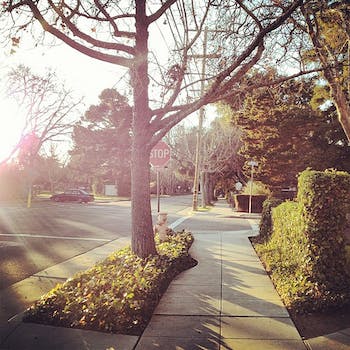 So much for everyone quitting Instagram. The Facebook-owned photo sharing network has more users than ever.

More than 90 million people are now using Instagram on a monthly basis, and despite recent concern over new Terms of Service coming into effect this week, it doesn’t seem there’s been a mass departure of Instagramers.

Instead, the number of people using Instagram on a monthly basis actually grew 10 percent from December, according to AllThingsD.

Those 90 million people are sharing 40 million photos every day, and are adding 8,500 likes and 1,000 comments every second. At peak times, Instagram’s handling more than 10,000 likes a second.

Releasing the monthly active user number provides a far more indicative look at how many people are actually using Instagram than simply revealing how many accounts it has, since many people sign up to services without ever actually using them. In September, Mark Zuckerberg, CEO of parent company Facebook, revealed Instagram had more than 100 million user accounts.

Last month, many users threatened to quit Instagram over rule changes which many read as Instagram giving itself the right to sell their photos or use them in ads. Some prominent users such as singer Pink and National Geographic (at least temporarily) shuttered their accounts, and Instagram responded to the revolt by reverting to the previous Terms of Service, albeit with a few changes that come into effect this week, such as being able to share data with Facebook.

Some suggested that Instagram saw a notable dip in daily active users in the wake of the stramash, but that was based on publicly available data regarding those who’d linked their Instagram accounts to Facebook. However, many IGers choose not to link their accounts, and the same data actually showed a growth in weekly and monthly usage from the previous month.

Indeed, it appears Instagram is going from strength to strength.