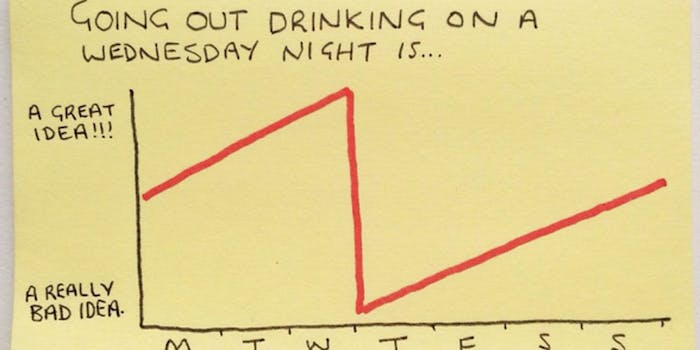 Meet the illustrator genius behind Insta-Chaz.

If only there were a way to quantify how you feel waking up from a hangover, your thought-to-reality ratio about how much money you have, or how Kanye comes up with all of his genius hooks—in graph form, preferably.

Luckily, the world now has Insta-Chaz—the Instagram channel that is blowing up the Internet with its amazingly accurate graphs, charts, and diagrams illustrated on Post-Its by Melbourne-born, London-residing designer and architect Chaz Hutton. The charts are reminiscent of similar absurdist diagrams published by the online comic XKCD, but have an aesthetic and voice all their own. 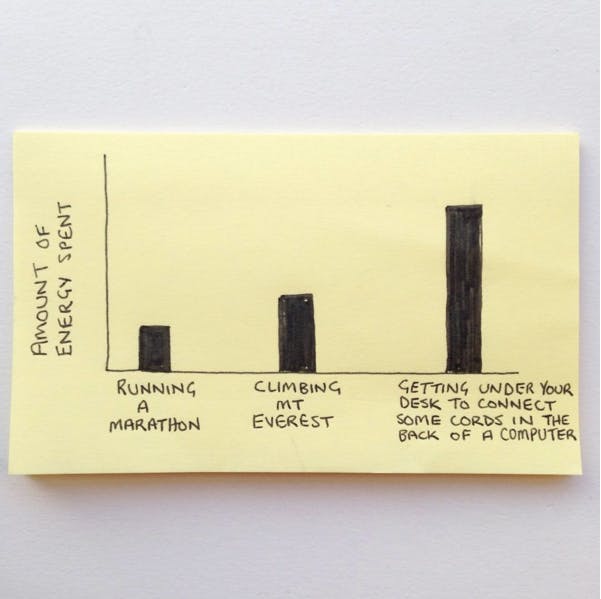 Most of the graphs are simply correlative observations. Times there is nothing on TV to watch correlate directly with the more channels you get. How much you love a particular band, however, has an inverse relationship with how much people you don’t like enjoy the same band. We’ve all been there and know exactly how that feels.

Insta-Chaz started as a joke between Hutton and his friend, Gal, a few months ago. “My very good friend (and now manager & muse) Gal suggested I stop sending idiotic post-it note messages to him and just start an Instagram instead,” Hutton told the Daily Dot via email. “I told him that was a stupid idea and a waste of time and that nobody would like it.” 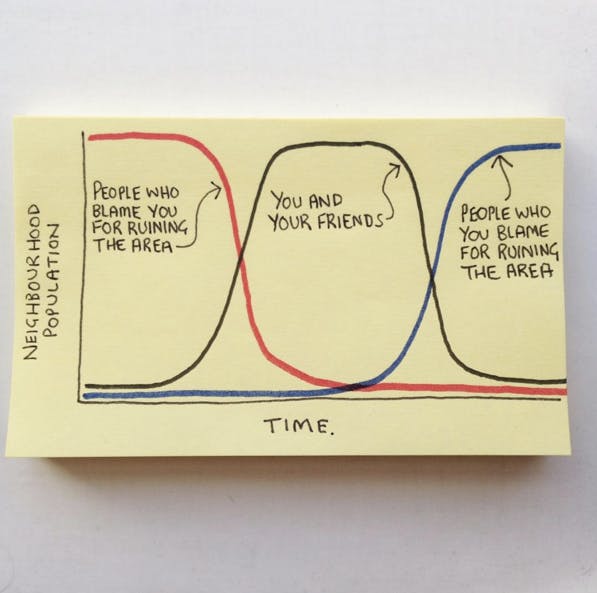 Ten weeks and almost 61,000 followers later, it would appear that Gal was right, “which is why he’s now my manager and muse,” said Hutton.

Hutton went on to explain the “fairly straightforward” process of creating the illustrations. “I think of an idea or a topic or a thing, draw it down,” he explained. “If it’s funny, I take a photo of it. If it’s not, I screw it up, proclaim to anyone that’ll listen that I have ‘post-it block,’ and start again.”

Aside from Gal, Hutton draws inspiration from a wide array of illustrators and comics—many of whom draw in a similar minimalist ink-and-paper style: Demetri Martin, David Shrigley, and Hugleikur Dagsson’s “oh-so-wrong” drawings.

“Fred Basset is probably one of my favorites, though,” Hutton shared, referring to the Scottish comic strip, by Alex Graham, about a cheeky hound named Fred. “I once tried to draw my own Fred Basset comic and it’s incredibly difficult to hit that exact level of comedy.”

And, of course, there’s Twitter, a platform that forces writers, like David Hughes, to fit an entire comedic scene into a small space, Hutton said. 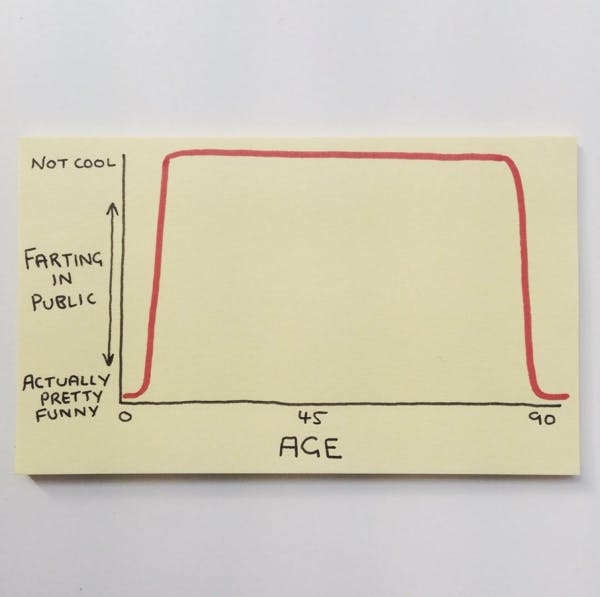 Whatever it is, Hutton’s tapped into the way an entire generation feels about the most trivial events and thoughts that are hilarious in their mundanity. But when it comes to being a viral star, Hutton doesn’t seem too concerned.

“‘Going viral’ is relative I think,” he said. “I was pretty excited when I got to 500 followers.”