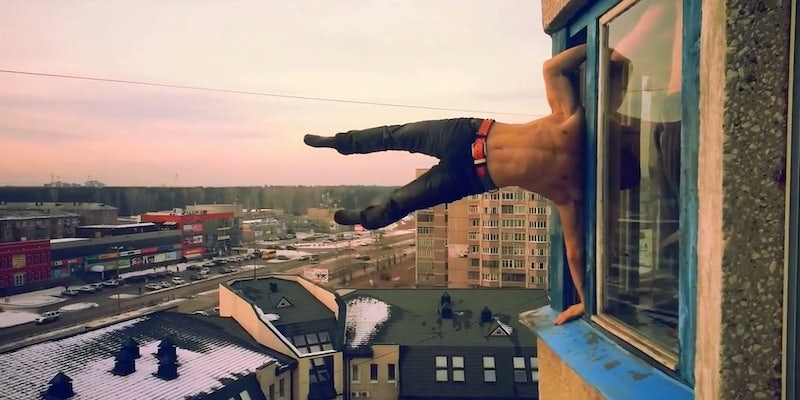 From skiing on the back of a garbage truck to climbing to the top of buildings for jaw-dropping photos, Russians often get a rep for the dangerous and extraordinary, and these guys are no different.

Originally posted to Facebook, they’re flipping, stretching, and balancing their way through a city in such a way that’s both unnecessary and amazing. It makes parkour look easy and your workout pale in comparison.