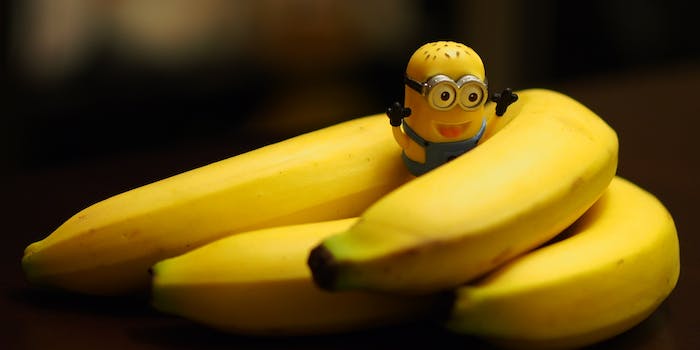 Say goodbye to your loved ones. The Minions are coming.

Those “screaming cornpops” we call Minions have already taken over the Internet, the box office, conspiracy theorists, and Halloween, but now they’ve got an even bigger target: the world.

Though they may be largely incompetent in their own films, one of their number has grand ambitions for conquering Ireland. An inflatable Minion measuring between 30 and 40 feet tall caused quite the traffic jam in Dublin Monday evening, giving us an excellent idea of what hell on Earth would look like.

This is basically that one Minions scene with the giant Minion, but in real life. And against his better judgment, one driver decided to get close to it.

Just imagine the chaos if this Minion were real and rolled over a bunch of cars and buildings.