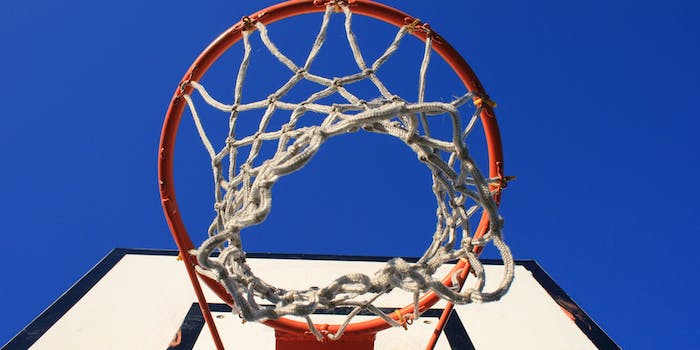 Nothing but net... and one soul.

No special effects here, people. Just a kid, his basketball, and pure gumption. Look at him sink what appears to be—at least—a full court shot:

But beneath this suburban facade lies a darkness collecting the souls of children who are looking for that single moment of glory, for their shot at fame and fortune. As the kid yells, “Mo’ money!” and the net splashes, he loses it. Speaking in tongues and sprinting through the yard, the kid is not himself. He’s possessed, compelled to run amok throughout his town for eternity (not pictured).

That swish was pretty cool, though. I’d say it’s worth at least one child’s soul.