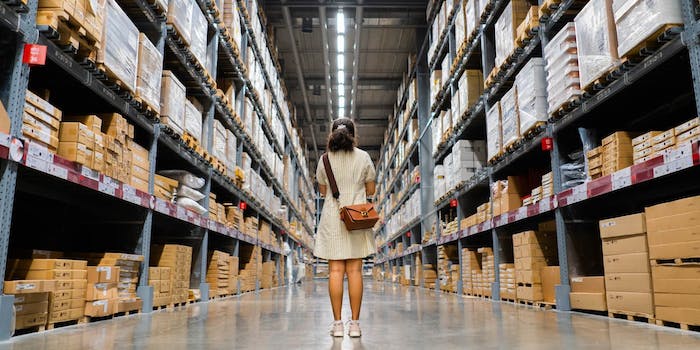 The company wants you to wait until you get home.

The recent incident prompted the new policy, along with a warning and increased security measures. A viral video has been spreading online, which shows an unidentified, half-dressed woman as she masturbates her way around an Ikea.

The incident occurred at one of Ikea’s Chinese locations, according to AFP. The footage quickly disappeared from Chinese social media, but as with all things online, evidence of the incident continues to circulate.

“We resolutely oppose and condemn this kind of behavior, and immediately reported it to the police in the city of the suspected store,” Ikea said in a statement. “The video has pushed the company to enhance its ‘careful security and public cleanliness measures’ even further.”

Upon viewing the video, people immediately began trying to place exactly where, and when, it transpired. Consensus appears to have settled on before the virus struck in full, as the customers in the background of the video do not appear to be wearing masks. Any rumors online are naught but speculation at this point, as the company has withheld any further information about the incident.

Ikea has not announced whether it will pursue criminal charges. If it should choose to do so, the woman in the video could land in administrative detention for up to 10 days, according to AFP. A more severe punishment could also result in a fine of up to 3,000 yuan (around $400) and a full 15-day stint in detention.