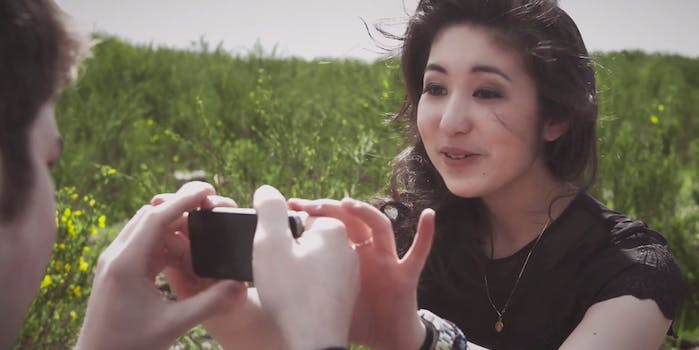 You're holding your phone wrong right now, aren't you?

Despite how many times we’ve been told, people are still committing one of the more offensive acts on the Internet: posting vertical videos on YouTube.

Maybe this PSA from IFHT will finally do the trick.

Like most pleas, it starts out innocently enough. Vertical video syndrome is a giant pain, and hopefully with a little politeness, we can finally watch our videos the way it was intended: horizontally. There’s even a whimsical tune and pleasant scenery to sell the point, or at least get you to watch longer.

But when IFHT’s Anna Toth starts following through on her threats, it’s not as fun anymore, is it?

You better listen to to the woman and turn your damn phone.