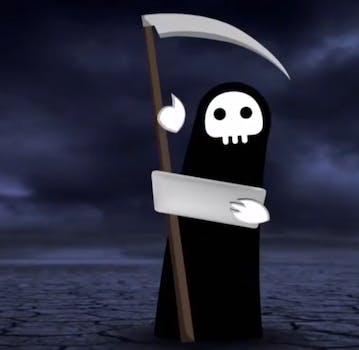 If I Die 1st celebrates Facebook community’s cryptic, weird race to the end

Facebook app If I Die just got creepier, promising to broadcast your final message to TV networks and websites if you're the first user to die.

Immortality is right around the corner, along with death. You’ve just got to get there first.

In January, a cryptic Facebook app called If I Die made it possible for users to record a final message that would replay on your Facebook account in the untimely event of your death.

Now, the company’s wants to make your final message a worldwide stamp, one to be celebrated and observed and passed around to millions and millions of people. On Tuesday, If I Die CEO Eran Alfonta announced that the app has a new update, called If I Die 1st, which turns If I Die users’ deaths into somewhat of a race to be first.

According to a video posted to the app’s YouTube channel, If I Die plans to honor the first user who dies by relaying his or her message to the If I Die community and a number of various media outlets—potentially even this one.

“Your message will be published on Mashable as well as various international TV networks and Web sites, ensuring you extensive international exposure,” the video’s creepy narrator says.

If I Die goes on to stress that your message can be anything: “a call to peace, interesting photos of your boss, your opinion of the landing on the moon, or just valuable advice.”

Or, you know, some comment about how you’re really excited to be the first person to die because people like Jeff Buckley and Vincent Van Gogh also didn’t get enough credit for their achievements through life.

Facebook already has an official process in place to help family members memorialize deceased relatives on the site, but that doesn’t mean that people aren’t clamoring like mad to get their message onto If I Die. Mashable reports that the app already has more than 200,000 users, though not everyone has left a message yet.