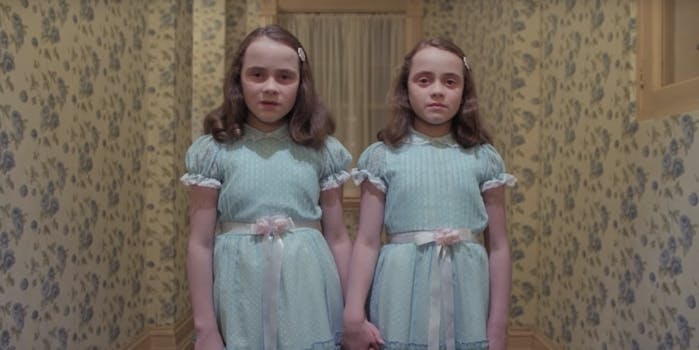 Everyone has seen the twin classics like The Parent Trap or Sister, Sister. And everybody knows that eventually there’s a situation with some mistaken identity between the two doppelgängers. So on Wednesday, one Redditor asked, “Identical twins of Reddit, what’s the most embarrassing situation where you’ve been mistaken for your twin?” And oh boy, did they share quite the tales.

The story with the most upvotes so far involves some smutty magazines. Redditor LlamaTaboot_ writes:

And of course, many twins have been caught in situations where acquaintances think there’s some possible infidelity.

My father is an identical twin.

He was mistaken for my uncle while walking with a woman hand in hand down the street in London, England.

The witness was a friend of my aunt, and immediately called her to accuse her husband of infidelity. She was at that moment sitting beside my uncle in Ontario, Canada.

Meanwhile, another twin had a whole restaurant staff thinking that they were cheating on their significant other.

My twin brother recommended a restaurant to me. Said that he and his wife went there all the time, good food, really friendly staff…

So I took my wife there. Food was as advertised, but the service… somewhere between cold and openly hostile. Like they resented our presence. I was puzzled by the contrast between what I’d heard and what I saw.

Suddenly from the front of the restaurant, explosion of laughter, much rapid talking, suddenly the waitress is there, smiling and all… just as my brother and his wife walk around the corner.

They thought my brother was cheating on his wife with some blonde… Yeah, it’s funny now.

And sometimes matchmaking doesn’t go quite as planned.

Some girl decided to suggest that I date a guy that looked very, very much like me. Yes, those were her words.

“There’s this guy, who looks so much like you…you two should get together!”

You can check out the rest of the embarrassing stories over at the original Reddit thread.