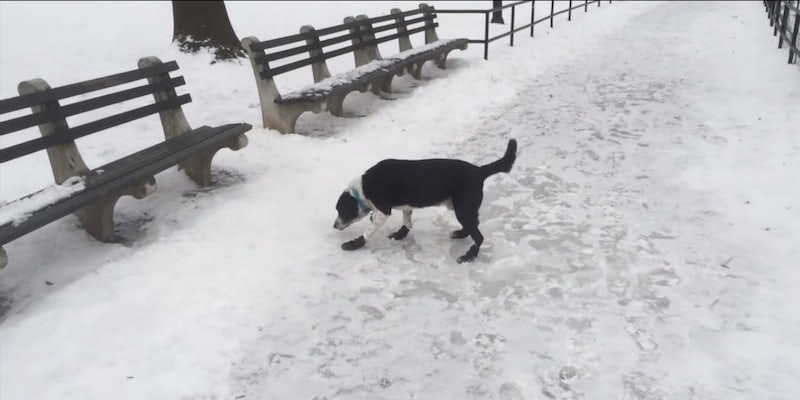 Be nice to your pets or nature will humble you.

YouTube user Dan Chamberlain got a harsh lesson in karma one recent morning while taking his dog for a walk.

Recent snowstorms and freezing temperatures have left a good chunk of the northeastern United States under blankets of snow and ice. This was the case in Brooklyn‘s McGorlick Park during Chamberlain’s morning walk, as his poor dog discovered in the most pitiful of ways.

After the dog takes a tumble on the slippery surface, Chamberlain laughs at the scene—until he too slips on the exact same patch of ice.

It’s a safe bet that Chamberlain is rethinking how he treats his pet in anticipation of future slip-ups. If he doesn’t want his dog to laugh the next time he falls on his face, he might want to start feeding him real food and pure spring water.