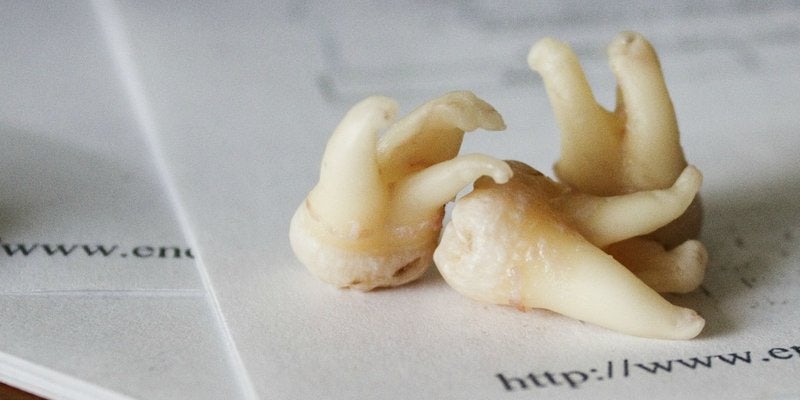 There’s a new ice bucket challenge video in town, and it seems almost too good to be true.

The viral craze has reached stratospheric levels in recent days: From George W. Bush to the Foo Fighters, from Bill Gates to Dan Bilzerian—anyone who’s anyone has drenched themselves in ice water to promote awareness of ALS (and, of course, themselves). Even dogs are at it.

But one video looks sure to dethrone them all and gain the title of supreme ice bucket challenge—and it comes from a teenager called Meghan Waterman. Go ahead and watch:

Some doubts have been raised about the authenticity of the video—why was she left alone after surgery? If she was so out of it, how did she manage to perfectly frame her attempt? Valid questions. But at the same time, Waterman’s Twitter account suggests that she did indeed have her wisdom teeth recently removed.

Wisdom teeth went bye. bye am I not smart anymeoe

this is TALENT @TheEllenShow put me on ur shoy pic.twitter.com/Yb60xA0qgy

There’s also a tweet that presumably comes at the exact moment she realized what she filmed herself doing:

As of Aug. 20, the ALS Association has received a staggering $31.5 million in just under a month—almost $30 million more than it received in the same period in 2013. But if Meghan Waterman’s video teaches us anything, it’s that there’s some things money can’t buy.

(But you can donate by going to the ALS Association’s website, or by clicking here.)