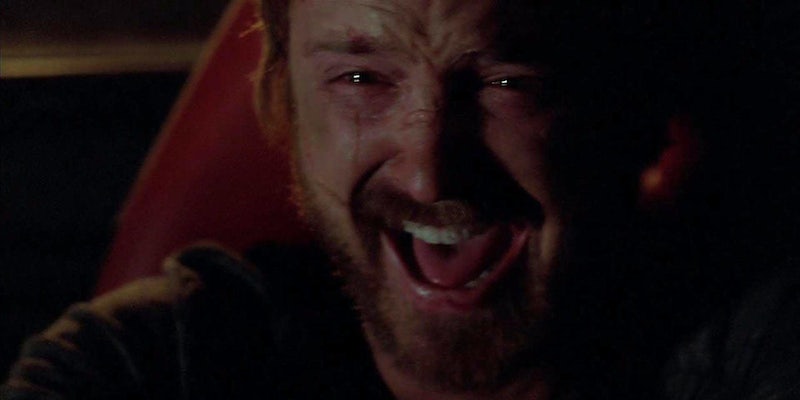 ‘I promise I won’t cry. It’s just a single frame’ meme gets us in our feelings about TV shows

Sometimes, it only takes one frame.

A few months back, we were getting all up in our feelings about the movies that made us sob, so it’s only fitting that the TV that turned us into blubbering messes is getting its moment in the spotlight.

The Twitter meme, which took off this week, starts off with the prompt, “I promise I won’t cry. It’s just a single frame from a TV show.” Someone then posts a single image that will test that resolve, resulting in the poster or anyone who sees the tweet suddenly becoming emotional.

One early version of the meme came from G4TV, which posted Aeris’ death in Final Fantasy VII.

In its first post, the Netflix Geeked account referenced “The Tales of Ba Sing Se,” an episode of Avatar: The Last Airbender that includes a segment in which Iroh gathers supplies to put together a makeshift memorial for his long-dead son on his birthday. The scene is touching and heartbreaking, and in the years since it aired, it became infamous enough that if you just mention “Leaves on the Vine” to ATLA fans, they’ll start getting emotional. Later on, writer C. Robert Cargill had a very similar idea.

From there, the meme quickly spread as people quote-retweeted each other to create a chain and show just how many different scenes from shows were instant tear-jerkers.

One example referenced the end of The Leftovers’ second season in which Kevin Garvey (Justin Theroux), back in Hotel Purgatory, performed a karaoke rendition of Simon & Garfunkel’s “Homeward Bound.”

After Fangoria referenced The Haunting of Bly Manor, creator Mike Flanagan revealed the frame that he’d struggle not to cry over: The final minutes of Six Feet Under.

And of course, the “Jurassic Bark” episode of Futurama when Seymour the dog spent the rest of his life waiting for Fry outside of the pizza shop after Fry was sent to the year 2999 was looped in.

As Twitter chains grew, a lot of the usual suspects showed up: People referenced everything from Buffy the Vampire Slayer, The Good Place, and Game of Thrones to Bluey and even new Ted Lasso episodes. Many of the examples were from long-running shows, a clear indication that when we spend a lot of time with these characters, we become attached to them—and we care when they’re going through some kind of hardship or our time with them comes to an end.

It also goes to show that there’s no crying in TV watching—until there is. And then, the waterworks begin.