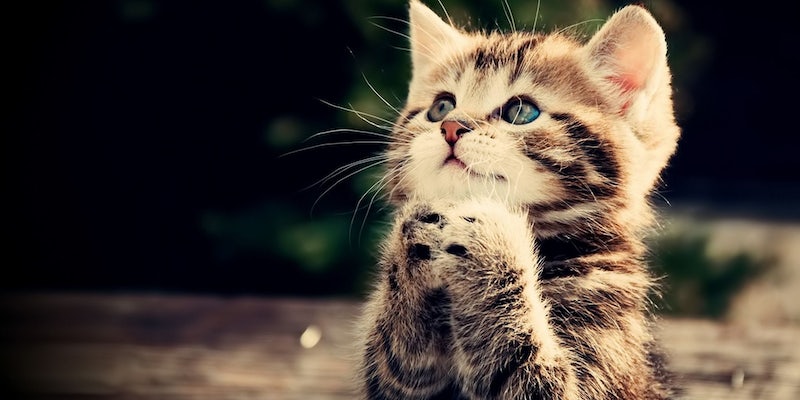 Almost 10 years ago, this cat asked for a cheeseburger—and changed the internet forever

It iz never be da sames.

Although this wasn’t the reality back in the early 2000s, cats had yet to fully invade the world wide web and claim their rightful place as kings of content. That happened in 2007, when one cat asked us a simple question: 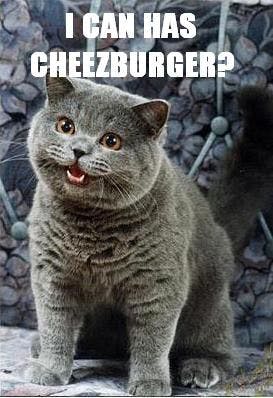 Exactly who created this meme is still a subject of debate among internet scholars. The cat itself is a British Shorthair, and the original photo most likely comes from a Russian cat food company, although it’s possible even this is a fictional aspect of the lore surrounding the feline that the world would come to know as “Happy Cat.”

What is known with some certainty is that the meme arose from the depths of SomethingAwful, which at that time was the go-to message board site for user-generated humor. The story goes that a guy named Eric Nakagawa was having a bad day at work and asked his friend Kari Unebasami to send him something to make him feel better. Unebasami sent him the picture of Happy Cat, and it worked so well that the two decided they needed to start their own site dedicated to cats being hilarious.

Little did they know, they were filling a void the world didn’t even know it had.

Shortly after launching I Can Has Cheezeburger, they were so overwhelmed with submissions that Nakagawa considered closing down the whole operation. “I was considering just ending the site,” He told Wired back in 2008. “It was too much work.”

Luckily, that’s when Ben Huh stepped in. Nakagawa and Unebasami were already familiar with Huh; they had linked to a story he wrote about a pet food recall back in May of 2007. Huh bought the site for an undisclosed amount of money and set himself up as CEO.

“Internet memes still today are a tiny, tiny, tiny fraction of popular culture,” Huh told the Daily Dot in back in 2012. “And at some point it’s going to merge with popular culture, and I don’t know what that looks like. Rock and roll used to be subculture. Look what happened there.”

Since that initial purchase, the Cheezeburger empire has expanded to include such favorites as FAIL Blog and Know Your Meme while spawning a series of books guided to publication by the internet’s top literary agent and even, for one brief season, its own show on Bravo.

Although I Can Has Cheezeburger was the first site explicitly built around hilarious cats, it clearly wasn’t the first to feature them. 4chan and SomethingAwful had been pumping out funny cat memes for years, but the practice dates back even further than that. Much further, in fact. This photo from 1905 might be the world’s first LOLcat. 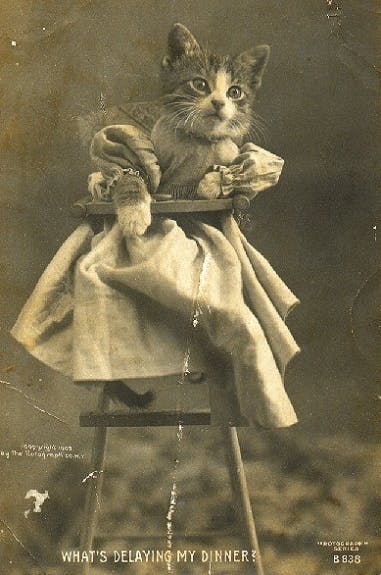 No, we are not making that up. It’s by a photographer named Harry Whitter Frees, who was officially more ahead of his time than any other human being in history.

Although he didn’t have the advantage of the internet, Frees had something in common with Huh: They both knew that eventually cats would reign supreme.

“Rabbits are the easiest to photograph in costume,” he said, “but incapable of taking many ‘human’ parts. Puppies are tractable when rightly understood, but the kitten is the most versatile animal actor, and possesses the greatest variety of appeal.”

Over a century later, the internet would surely agree.