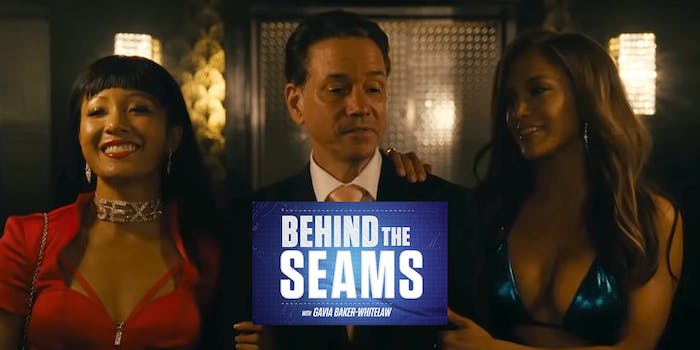 Inside the subversively sexy costume design of ‘Hustlers’

Hustlers is one of the first period dramas about the 2000s. Based on a true story, it follows a group of strippers who respond to the 2008 financial crash by turning to a life of crime. Using street smarts and sex appeal, they drug gullible men and steal their credit card details. Jennifer Lopez and Constance Wu star in a story that uses glamor and comedy to explore capitalism in America. It’s also a pitch-perfect depiction of mid-2000s fashion and pop culture—as we explain in this week’s episode of Behind the Seams.

Contemporary dramas are often overlooked when it comes to costume design. The costumes in sci-fi and historical movies are far more noticeable, but Hustlers is a great example of a real-life drama with clever, characterful costumes. When they’re at work, the main characters wear classic stripper outfits: skimpy, gaudy, and visibly different from typical lingerie. But in everyday life, they choose the kind of mid-2000s trends that were popularized by Paris Hilton and Lindsay Lohan. These clothes tell us a lot about the characters and their world: a period of economic collapse, when designer brands and glitzy, paparazzi-fueled celebrity sex appeal was at an all-time high.

In this video essay, we cover Hustlers‘ thoughtful attention to detail, its subversive political themes, and its unique use of Jennifer Lopez’s star power. Definitely a film that deserves more praise and attention!

Each week on Behind the Seams, we examine a different element of movie costume design, whether it’s an in-depth analysis of Pacific Rim, or a look at the concept of historical accuracy. Click here to subscribe now!