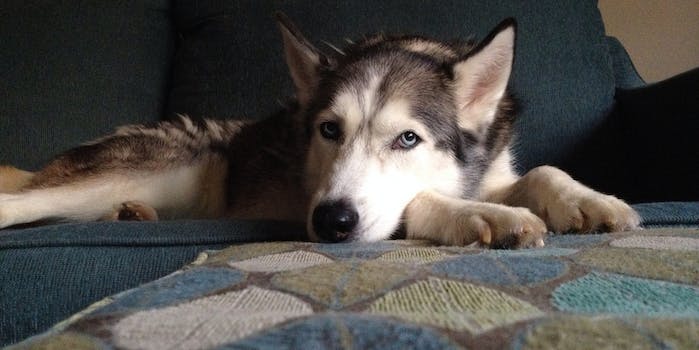 It's a pretty good impression.

Being human is pretty tight most of the time. There’s this thing called pizza, and having opposable thumbs ain’t bad. And while some people wish they were a dog instead of having to deal with human responsibilities like taxes and health insurance, there are definitely dogs out there wishing they were in our shoes. For example: this husky who yells instead of barking.

We get it husky—you don’t fit in with your barking doggie comrades, and all you want to do is yell just like a real human. I’m sorry you’ll never have opposable thumbs. But maybe you can have some pizza.
And if you need any further evidence that huskies often want to be human, go watch this video of one of these canines saying “I love you.”