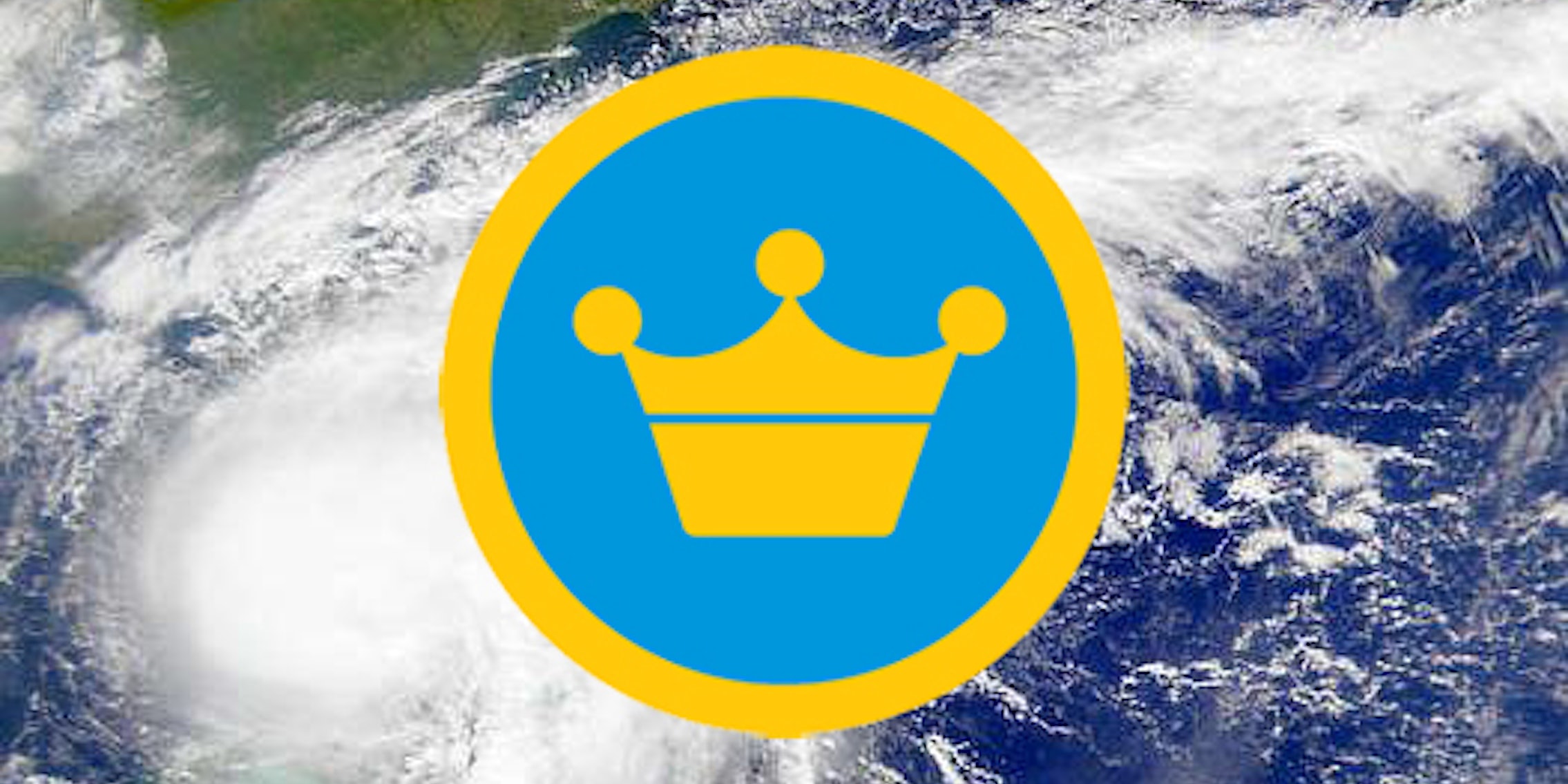 Check in all you like, it's still going to be tough to claim the mayorship of Hurricane Irene.

As Hurricane Irene threatens the east coast, residents in its path are taking the appropriate precautions: stocking up on toilet paper, boarding up the windows and most importantly, checking into Hurricane Irene on Foursquare.

Eager Foursquare users have already set up several venues, or check-in sites, for Hurricane Irene. (Your check-in point is different depending on your city, but here’s New York, Philadelphia and Washington DC for starters.) However, not one of these has a mayor.

Why wouldn’t an event this big be able to snag a mayor? With a hurricane, it’s a little more complicated than checking in two times over the course of two days.

The difficulty lies in Hurricane Irene’s changing coordinates. Since Irene doesn’t stick around one place for long, the Foursquare venue coordinator assigns it a status as a “moving target.” In order to check in, users need to be close to the originally assigned coordinates.

Since the venue creator likely doesn’t know Irene’s real-time coordinates, he or she gives it a “starting point” and submits it to Foursquare. Foursquare’s GPS algorithm, which determines whether users are close to a given location, doesn’t deal well with moving targets, making it difficult to earn rewards like mayorships.

“Our cheating algorithm allows people to check in to any venue that the user says they are, but if they are outside of a given radius from where that venue is geo-tagged, that check-in won’t count towards unlocking a special or becoming mayor,” the Foursquare FAQ reads.

It’s not clear what will happen with a made-up event venue like “Hurricane Irene”—most likely, it will stay right at the spot where someone created it, while the real hurricane moves on.

Foursquare has not disclosed exactly how—or if—the algorithm geo-tags a moving target like the hurricane.

Really want that Hurricane Irene mayorship (and have too much integrity to cheat)? If Foursquare does update the location in its system, you’d have to follow the hurricane as it makes its way up to coast, checking in each time it swaps locations. Sounds a bit dangerous. While the Daily Dot smiles upon Foursquare mayorship, we agree they’re definitely not worth risking your life.

Update: We’ve clarified how Foursquare handles moving targets from an earlier version of this story. Meanwhile, Hurricane Irene has a mayor! It’s Brian G. of Arlington, Virginia. We’re going to interview him to find out how he achieved his feat.