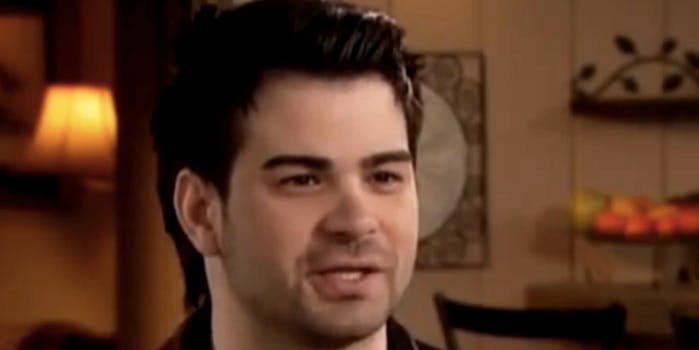 Rumors that Moore was being investigated by the FBI have floated around for years. The indictment is the culmination of a building legal case against Moore, who often gloated about his ability to evade criminal punishment. Below, a brief timeline of Moore’s not-so-illustrious career.

2010: Moore, a high school dropout who once described himself on Twitter as a “professional life ruiner,” founds Is Anyone Up?, a website where disgruntled exes upload naked and sexually explicit photos of their former paramours. Within days, the site gets 20 to 30 submissions per day. Although many of the site’s victims threaten to sue Moore, the site is protected by Section 230 of the Communications Decency Act, which prevents website owners from being held liable for content other users post.

Feb. 2011: Moore posts naked photos of All Time Low bassist Zack Merrick, who becomes a Twitter trending topic. Moore’s Twitter followers spike, and by Nov. 2011, Is Anyone Up is receiving 30 million page views per month.

Aug. 2011: Moore is stabbed with a pen by one of the site’s victims. He requires medical treatment.

Dec. 2011: Facebook bans Moore for life and blocks anyone who links to the Is Anyone Up? domain.

May 2012: The Village Voice runs a series of pieces on Moore, revealing that he is the target of an FBI investigation prompted by the mother of one of Moore’s victims. Later, the newspaper also reveals that many photos on Is Anyone Up? may have been illegally obtained by a hacker named “Gary Jones.” “I will burn down fucking The Village Voice headquarters if you fucking write anything saying I have an FBI investigation,” Moore tells reporter Camille Dodero.

Mar. 2013: Moore is ordered to pay James McGibney, the founder of Bullyville whom Moore repeatedly harassed on Twitter, more than $250,000 in damages as part of a defamation lawsuit brought against him, after Moore called McGibney a pedophile and threatened to rape his wife. A class action lawsuit prompted by Gibney is already pending against him.

Jan. 2014: Moore and his alleged accomplice Charles Evens are arrested in the state of California.

@justinbieber I’m comin to bust you out lil nigga