The community offered his family an amazing gift.

The Internet has come to the defense of a 6-year-old Oregon boy after a photo of him being publicly shamed in the lunchroom was posted online.

Hunter Cmelo, a first grader at Lincoln Elementary in Grants Pass, Ore., was forced by school administrators to eat his lunch alone behind a cardboard partition because he was tardy, KDRV reported.

Hunter’s mom Nicole told KDRV that the tardiness is not her son’s fault.

According to KDRV, his mother “added that in January the tardiness increased because the family was also having trouble” with their car. The report goes on to say, “Sometimes Hunter isn’t ready, but most often the tardiness is not his fault. Nicole suffers from osteoporosis, which makes it painful and difficult for her to function, especially in the morning.” 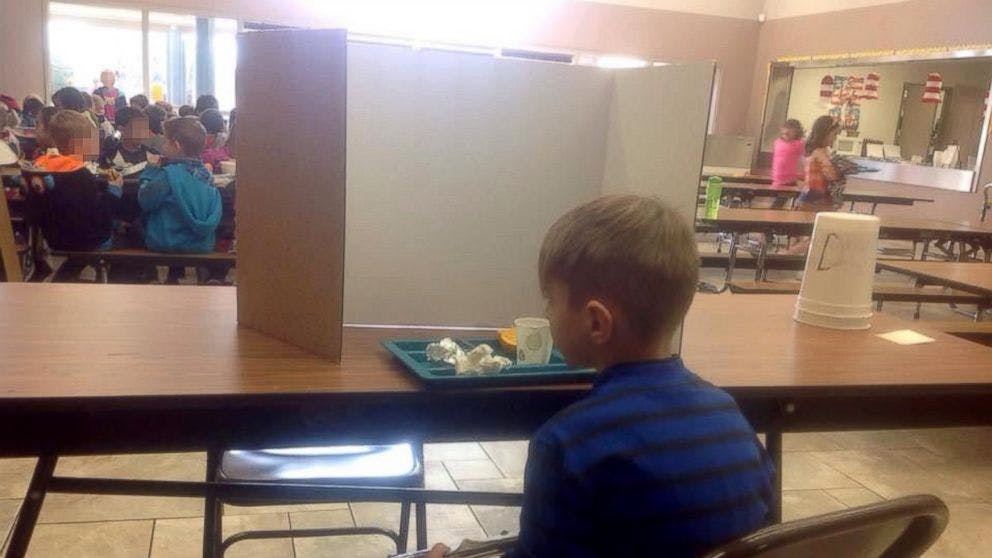 The above photo was first posted to the Josephine County Neighborhood Chat Facebook page by Hunter’s grandma. The photo and subsequent news attention resulted in Kelly’s Automotive Service donating a minivan to the Cmelo family.

“We did $1,300 worth of work on it to get it up and going so it’s going to be a safe and reliable vehicle to them,” Kelly’s Automotive Service co-owner Lisa McClease-Kelly told KOBI-TV.

The Grant Pass school district does not have official rules on how to handle tardy students. The use of the cardboard partition was instituted at Lincoln Elementary under the leadership of Principal Missy Fitzsimmons. A meeting is reportedly scheduled for this week with Fitzsimmons and Hunter’s parents.