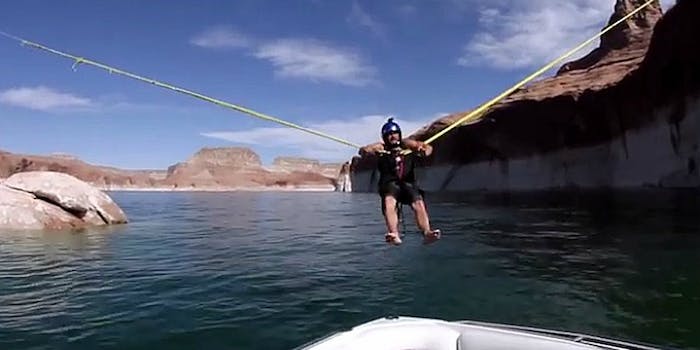 Do not try this at home.

In a stunt that the cast of Jackass would love, thrill seekers on Lake Powell in Utah set up a human slingshot to practice for an upcoming 5K stunt run. And then they let ‘er rip.

My personal favorite is this guy… 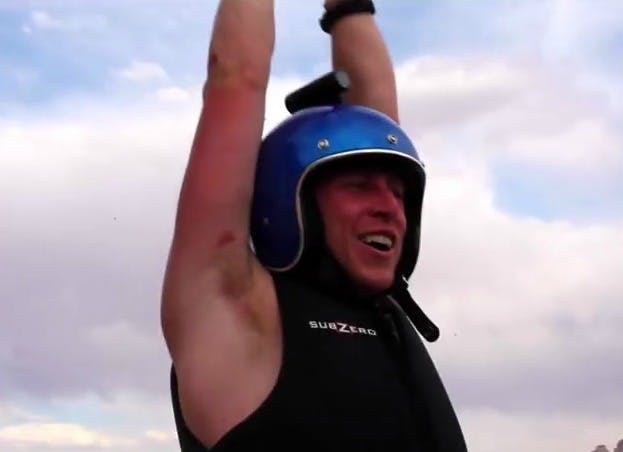 …who yells, “Holy shit! I’m so nervous!” before this happens. 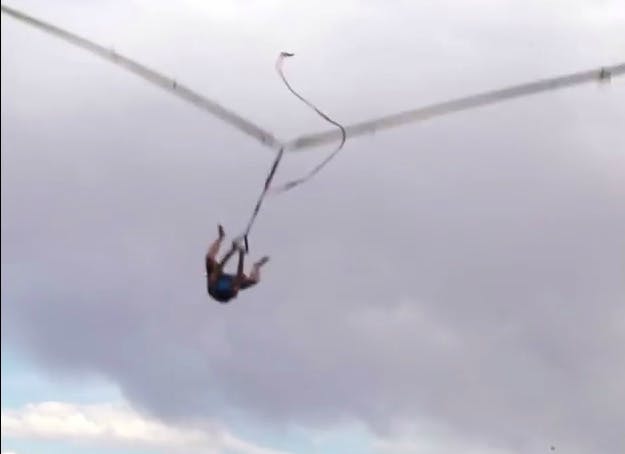 It’s not all fun and games, though. Just ask the guy who got dropped on his face in the back of the boat before he had a chance to get airborne and, in the process, ripped a huge hole out of the crotch of his shorts.

Other than all that, though, everybody else seemed to have a blast while keeping their shorts intact.