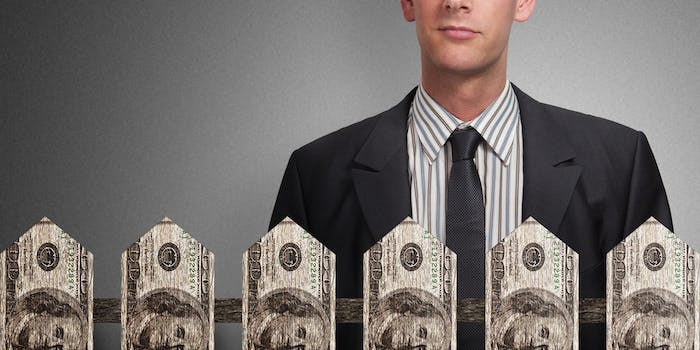 Are we creating a rich Internet and a poor Internet?

Hulu's new subscription service is the dawn of a new Web—one that might not benefit everyone.

Earlier this week, video streaming service Hulu unveiled its long-awaited commercial-free subscription service. Before now, Hulu subscribers got access to more content than free users, but both had to watch commercials. For just four extra dollars a month, Hulu Plus subscribers can finally be done with the repetitive—if limited—commercials on Hulu’s often exclusive content, such as Seinfeld and Empire.

The move brings Hulu into the fold of competitors like Netflix and Amazon, who have long relied on subscription or pay-per-view models to build revenue, and have become all the more popular for it.

Such a model makes complete sense. If the customer is willing to pay for a product, why would a company need to rely on advertisements to build revenue? Hulu is simply charging their Plus users the extra revenue they would get if they were using ads. What such a model stands to create, however, is a class-segregated online experience. By incentivizing people to watch ads so they can avoid a subscription cost, the Internet is slowly forcing poor people to log onto a different Internet than rich people.

For cordcutters—those who eschew a cable subscription altogether—the move to an ad-free Hulu at least sounds beneficial, as it could mean the end of commercials altogether. YouTube, the only other major video site to rely on video advertisements, is likewise prepping a premium version of its platform, wherein subscribers will skip all ads on the site (YouTube already offers this for music through its Music Key program).

Streaming apps like Spotify and Pandora also offer subscription models that are commercial-free, and many mobile apps allow users to purchase a premium version to remove banner ads and prompts to install other programs. But the downside is that to going premium isn’t just that poor folks will have less options to stream music. What it means is that the demographics being targeted by such ads stands to change—meaning that the content of the ads will likely change as well.

The Internet is slowly forcing poor people to log onto a different Internet than rich people.

In the same way billboards will look different in one part of a city than another, the Internet could soon be rife with rich people being sold different products and opportunities, as well as a different culture, further widening the Internet income gap. This is a divide that—if we continue to ignore it—will become increasingly difficult to bridge.

In many ways, this is already happening. The massive troves of data collected by Facebook, Google, and Amazon means marketers can build profiles of what a poor person does online versus what a rich person does, tailoring the products and services they sell to each. This might not seem like nothing new—after all, Parade runs different ads than Yachts International—but it can severely limit the opportunities afforded to the poor, while helping the rich get richer.

Advertising brokerage firms like Rubicon—whose online ads have been seen by 97 percent of Americans, whether they know it or not—engage in automated targeting of ads, customizing not just the advertisements shown to an Internet user but also the pricing of products and services. As the New York Times’ Natasha Singer writes, “That worries some federal regulators and consumer advocates, who say that such electronic trading systems could unfairly stratify consumers. … A computer-generated class system is one risk, they say, of an ad-driven Internet powered by surveillance.”

It could even restrict opportunities to escape the trap of being poor in the first place. As Michael Fertik writes in Scientific American, banks and lenders can use data mining to avoid making offers of credit to populations they might otherwise have to treat fairly by federal law. “If you live on the wrong side of the digital tracks,” writes Fertik, “you won’t even see a credit offer from leading lending institutions, and you won’t realize that loans are available to help you with your current personal or professional priorities.”

In the same way billboards will look different in one part of a city than another, the Internet could soon be rife with rich people being sold different products and opportunities.

You might lose out on a chance to refinance your student loans, for example, if tracking cookies have told marketers your frequent visits to RetailMeNot.com—an online discount site—means your credit score likely wouldn’t qualify.

If (presumably) wealthier people who opt to buy into subscription models to avoid advertising aren’t even being marketed to, they avoid that industry altogether, leaving marketers to fight over the poor like dogs. A low income means advertisers don’t want you—the most valuable demographics are those with the disposable income to throw at luxury cars and European vacations. If rich people can afford to get themselves out of the data pool that crafts online ads, it doesn’t mean more good opportunities and high-end products will be given to the poor. It just means those opportunities will disappear altogether.

What will be left are the financial traps that keep people buried in debt and unable to find relief. According to a 2013 Senate Commerce Committee report, data firms use harsh terms to describe the kinds of poor people they want to help marketers exploit: “Ethnic Second City Strugglers,” “X-Tra Needy,” “Small Town Shallow Pockets,” “Tough Start: Young Single Parents,” and perhaps most worryingly “Rolling The Dice.”

Data firms use these categories to help market, among other predatory practices, payday loans, which are either illegal or heavily regulated in 14 states and have been directly targeted by President Barack Obama, who claimed they were more popular in poor neighborhoods than McDonald’s. Predatory lenders are nothing new, but the data-driven marketing methods of the digital world have made them larger in number and more successful at tricking the poor into nearly inescapable financial traps.

If the rich- and middle-class are able to leave the data pool by paying into subscription models, data firms will rely further on such nefarious tactics to keep the industry afloat. When you buy the new Hulu Plus plans—or even the premium version of an iPhone game—your data is still being collected, but you are no longer the marketer’s concern. And as higher-income consumers pay their way out of seeing ads, data firms will be forced to focus on the poor more often, betting more heavily on the financial scams that already terrorize the poor.

It doesn’t mean more good opportunities and high-end products will be given to the poor. It just means those opportunities will disappear altogether.

I’ve written before that companies like Facebook or Google could respect user privacy and turn a profit—by asking users to cover the nominal amount of revenue they create per user. If Facebook charged you a subscription fee to replace the revenue it would otherwise learn from harvesting your data, you could protect your privacy while Facebook could still make money. This is largely what Hulu is doing—replacing revenue from the ads it won’t show by charging those Plus users more. Much of the ad-based landscape could do the same if it wanted to.

The economic effect of this, however, would resemble the class divide seen in cities across the United States. What we’d have would be a “poor” Internet and a “rich” Internet—the former filled with horrible financial scams and the latter left squeaky clean, much like the uptown high-rises or suburban sprawls where its users live.