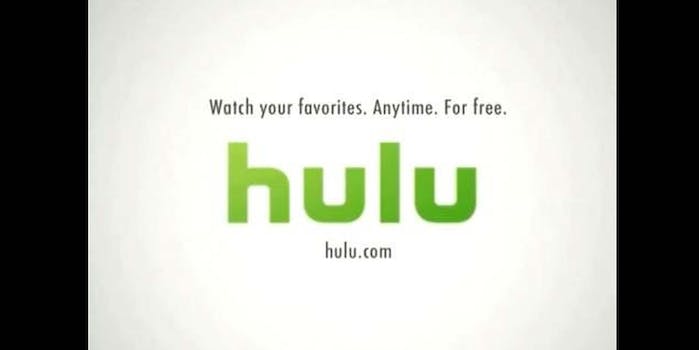 Hulu could go to court after allegedly handing over viewing history to Facebook.

A lawsuit against Hulu, alleging that the video streaming company shared users’ viewing histories with Facebook and a business analytics company in violation of U.S. law, will be allowed to move forward.

On Friday, San Francisco Federal Judge Laurel Beeler refused Hulu’s request to have the case dismissed, ruling that Hulu viewers do not need to prove actual injury to continue their suit against the company.

The case is based on an obscure 1988 law passed by Congress in the wake of former Solicitor General Robert Bork’s failed 1987 supreme court nomination. The Video Privacy Protection Act (VPPA) was passed after a newspaper published Bork’s rather innocuous video rental history. At the time, few objected to this law. But with the advent of the Internet, streaming video and social marketing, the whole issue has become convoluted.

In its failed motion to have the case dismissed, Hulu argued the law “was not adopted to imposed multi-billion dollar liability on the transmission of anonymous data where no one suffers any actual injury,” according to Reuters.

Plaintiffs in the case, who are trying to qualify as a class action, are seeking at least $2,500 per violation, in addition to punitive damages and other claims. They claim Hulu violated their privacy by letting third-party marketers, advertisers, and social networks monitor viewing habits without permission. The plaintiffs specifically allege that Hulu sent information to Scorecard Research and sent “Facebook IDs that linked their video choices to personally identifiable Facebook registration information.”

The case moves forward despite legislative action that fundamentally altered the nature of the VPPA. At the end of last year, Congress modified the law to allow companies like Netflix and Hulu to share video viewing habits, provided they get the consent of users first.

The law was amended after a million dollar lobbying effort undertaken by Netflix’s political action committee – Flixpac. Since September 2011, Netflix has offered its users in Canada and Latin America the opportunity to connect profiles to the streaming service. But that same feature was not offered to U.S. subscribers until earlier this year after President Barack Obama signed the revised VPPA into law.

Attorneys for Hulu will return to court in February where another hearing is scheduled to discusses a second motion to dismiss the case. There, Hulu will argue that its actions did not violate the VPPA.