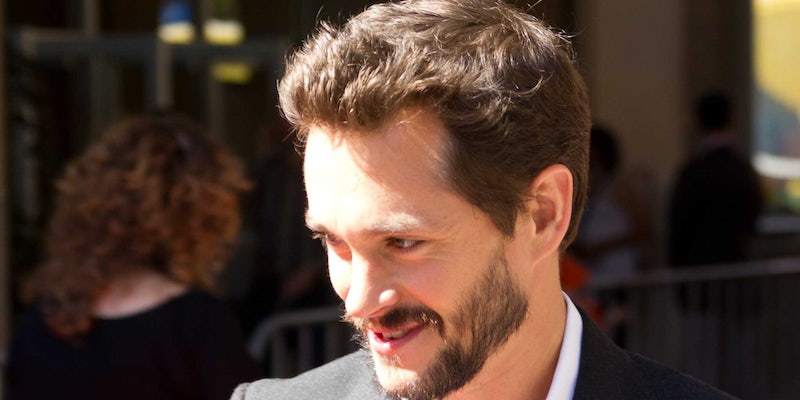 One time, Dancy was even accused of being a terrorist for indulging his bizarre passion in airports.

Hugh Dancy, currently starring in NBC’s Hannibal as Will Graham, and in real life as Claire Danes’ husband, has one of the most delightfully nerdy celebrity hobbies we’ve ever seen. And one time, it caused him to be mistaken for a terrorist.

CarpetsforAirports.com is very simple: a zoomable Planet Earth, with red dots for any airports that have been catalogued by the site’s users. “Catalogued” meaning that someone has gone to the airport, photographed its carpet, and posted a review. So-called “carpeteering” is a small community—like, ten to fifteen people small—and Hugh Dancy, star of stage and screen, is part of it. Not only that, but a glance at Austin, Texas’ airport marker tells us that he managed to rope his mom into the hobby as well.

The site was founded by one of Dancy’s friends, and Dancy adopted it as a hobby during a press tour for one of his movies, which understandably had him spending a lot of time in airports. The accusation of terrorism doesn’t seem to have been very serious, but he was once thrown out of an airport lounge in Boston thanks to his unusual enthusiasm for the carpet.

But don’t worry, Carpets for Airports is firmly tongue-in-cheek. As its “About” section explains:

Ever since the dawn of time man has separated himself from the lifeless earth beneath him with carpets. Nowhere has this renunciation of man’s transience been more joyous or uplifting than in the medium of airport carpets… Such aesthetic intimacy, poetry and passion, has for too long gone unnoticed by the modern traveler.

For example, take a look at Hugh Dancy’s review of the triskele-patterned airport carpet in the Isle of Man: 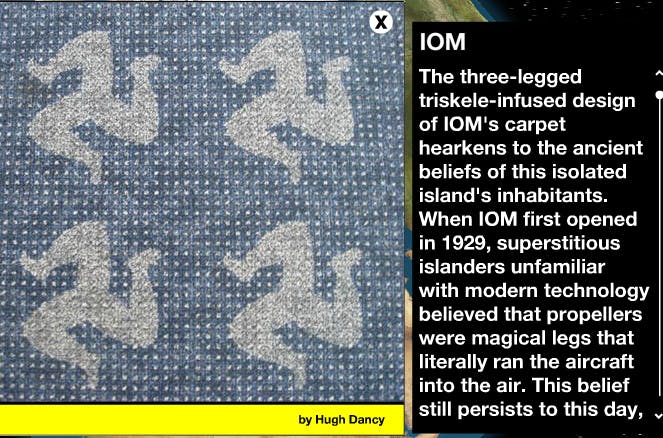 There’s something weirdly tempting about carpeteering. Just when you think you’ve heard of the most obscure and pointless hobby—trainspotting, or competitive cup-stacking—the airport carpet fan club appears on your radar. It’s nice to be reassured that not only is there nothing in the world too boring for someone to find it interesting, but movie stars can be Just Like Us—i.e., total dorks.