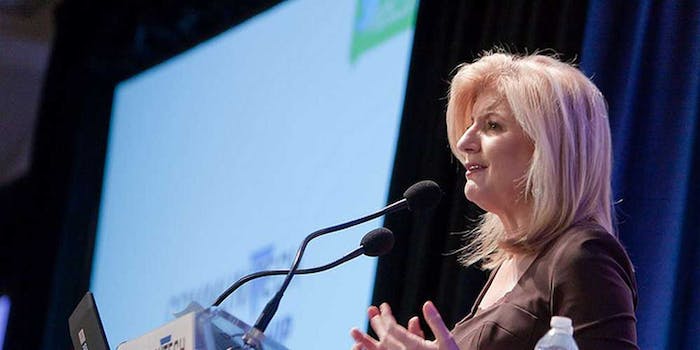 @HuffPoSpoilers delivers all the news and none of the clickbait

Alex Mizrahi's therapeutic Twitter project has turned into a valuable service for thousands of followers.

Alex Mizrahi reads the Huffington Post so you don’t have to.

In August 2012, fed up with the online news aggregator and its penchant for constantly tweeting clickbait from its multiple microblogging accounts, the 30-year-old Brooklyn resident launched @HuffPoSpoilers.

The conceit of Mizrahi’s Twitter handle is simple: He clicks on links tweeted out by the Huffington Post’s multiple accounts, reads the articles, and then retweets them with the missing bit of information. The end result looks something like this, all taken from the last couple of days.

“I was just annoyed,” he explained to the Daily Dot via telephone.

“It’s simple as that. I was annoyed and thought of a way to do something about it. I didn’t do it because I thought it would be a big thing; I just found it to be therapeutic. It was my way of expressing my frustration.”

It wasn’t a big thing when he first started. Mizrahi recounts that @HuffPoSpoilers only had about 18 or 20 followers for the first couple of months. That all changed on April 25, when a handful of online personalities like Buzzfeed politicos Andrew Kaczynski and McKay Coppins, TechCrunch editor John Biggs, and social media Daily Beast editor Brian Ries—Twitter users with verified accounts—stumbled upon it and shared its tweets to their sizeable online followings. @HuffPoSpoilers even got the attention of the Huffington Post, which published a favorable news blurb about it.

“It’s nice to see that I’m not the only one who’s bothered by the link baiting,” he admits.

Mizrahi—who was previously a freelance producer for the Shorty Awards and is currently looking for employment—believes that the rise in popularity stems from the fact that he’s providing a service.

“I wouldn’t consider the feed a parody account because it has some value. Sometimes it comes across as snarky or jokey, but for the most part, I try to provide some utility for my followers.”

Cannot stress enough how great of a follow @huffpospoilers is.

“I think if they approached Twitter as a news organization instead of an entertainment site, it would help its credibility,” he noted.

To their credit, Mizrahi concedes, the Huffington Post does do a great job when they’re covering breaking news.

“When they covered the Oklahoma tornado, they did it really well. Their tweets were straightforward and contained relevant information. I wasn’t tweeting that much because they were doing a great job at being a news outlet.”

It’s when they do mundane or gossipy stories—like what celebrity wore a bikini—that they are at their worst, he says.

Should the online publication choose to break away from link baiting, Mizrahi has a valuable piece of advice.

“They should ban the words ‘this’ and ‘guess’ from their Twitter feeds. Those are the most frustrating ones.”