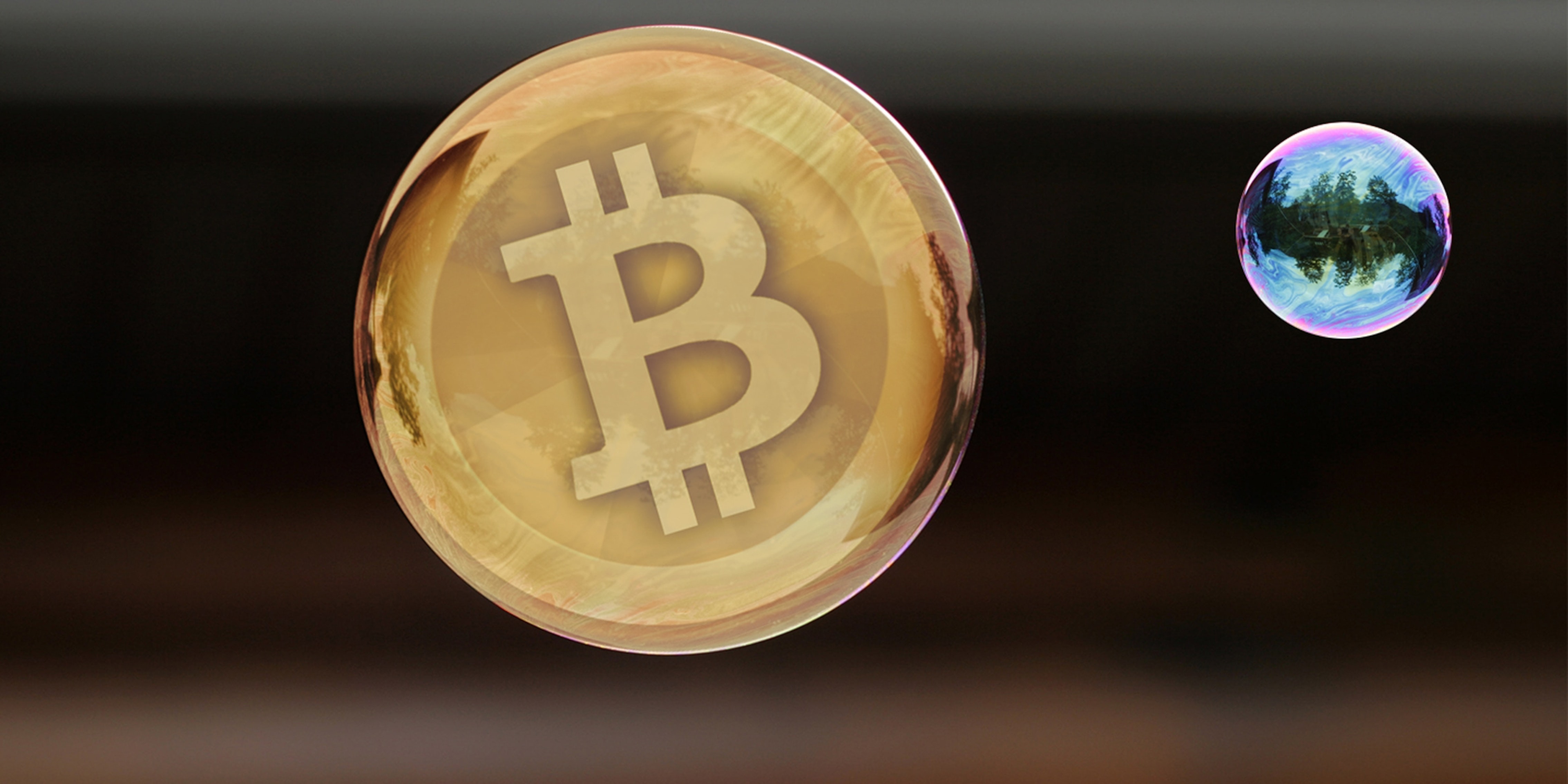 How and why Bitcoin will plummet in price

In short, we are still in a situation where supply-side arbitrage has not worked its way through the value of Bitcoin.

For purposes of argument, let’s say that a year from now Bitcoin is priced at $500. Then you want some Bitcoin, let’s say to buy some drugs.  And you find someone willing to sell you Bitcoin for about $500.

But then the QuitCoin company comes along, with its algorithm, offering to sell you QuitCoin for $400. Will you ever accept such an offer?  Well, QuitCoin is “cheaper,” but of course it may buy you less on the other side of the transaction as well. The QuitCoin merchants realize this, and so they have built deflationary pressures into the algorithm, so you expect QuitCoin to rise in value over time, enough to make you want to hold it.  So you buy some newly minted QuitCoin for $400, and its price springs up pretty quickly, at which point you buy the drugs with it. (Note that the cryptocurrency creators will, for reasons of profit maximization, exempt themselves from upfront mining costs and thus reap initial seigniorage, which will be some fraction of the total new value they create, and make a market by sharing some of that seigniorage with early adopters.)

Let’s say it costs the QuitCoin company $50 in per unit marketing costs for each arbitrage of this nature. (Alternatively you can think of that sum as representing the natural monopoly reserve currency advantage of Bitcoin.) In that case both the company and the buyers of QuitCoin are better off at the initial transfer price of $400 and people will prefer that new medium. Over time the price of Bitcoin will have to fall to about $450 in response to competition.

But of course the story doesn’t end there. Along comes SpitCoin, offering to sell you some payment media for $300. Rat-FacedGitCoin offers you a deal for $200. ZitCoin is cheaper yet. And so on.

Once the market becomes contestable, it seems the price of the dominant cryptocurrency is set at about $50, or the marketing costs faced by its potential competitors. And so are the available rents on the supply-side exhausted.

There is thus a new theorem: the value of WitCoin should, in equilibrium, be equal to the marketing costs of its potential competitors.

This theorem will hold even if you are very optimistic about market demand and think that grannies will get in on it.  In fact the larger the network of demanders, the lower the marginal marketing cost may be—a bit like cellphones—and that means even lower valuations for the dominant cryptocurrency.

(It is an interesting question what fixed, marginal, and average cost look like here.  Arguably market participants will not accept any cryptocurrency which is not ultimately and credibly fixed in supply, so for a given cryptocurrency the marginal cost of marketing more at some point becomes infinite.  Marginal cost of supply for the market as a whole is perhaps the (mostly) fixed cost of setting up a new cryptocurrency-generating firm, which issues blocks of cryptocurrency, and that we can think of as roughly constant as the total supply of cryptocurrency expands through further entry.  In any case this issue deserves further consideration.)

Note that the more “optimistic” you are about Bitcoin, presumably you should also be more optimistic about its future competitors too.  Which means the theorem will kick in and you should be a bear on Bitcoin price.  Arguably it’s the bears on the general workability of cryptocurrencies who should be bullish on Bitcoin price because a) we know Bitcoin already exists, and b) we would have to consider that existence an unexpected and unreplicable outlier of some sort.  Yet the usual demon of mood affiliation denies us such a consistency of reasoning, and the cryptocurrency bulls are often also bulls on Bitcoin price, as too many of us prefer a consistency of mood!

Now, theoretically, you might believe that the current price of Bitcoin already reflects exactly those marketing costs of potential competitors and thus the current equilibrium is stable or semi-stable. Maybe so, but I doubt that. The current value of outstanding Bitcoin is about $20 billion or so, and it doesn’t seem it cost nearly that much to launch the idea.  And now that we know cryptocurrencies can in some way “work,” it seems marketing a competitor might be easier yet. (You will note that by its nature, there are some Bitcoin imperfections permanently built into the system, imperfections which a competitor could improve upon. Furthermore the longer Bitcoin stays in the public eye, the more likely that an established institution will label its new and improved product LegitCoin and give it a big boost.)

You can think of that $20 billion—or perhaps just some chunk of that?—as a very rough measure of the prize to be won if you can come up with a successful Bitcoin competitor. Even a fraction of that sum will spur some real effort.

Tyler Cowen is a professor of economics at George Mason University and  the Center for the Study of Public Choice. This article was originally published on Marginal Revolution and has been reprinted with permission.