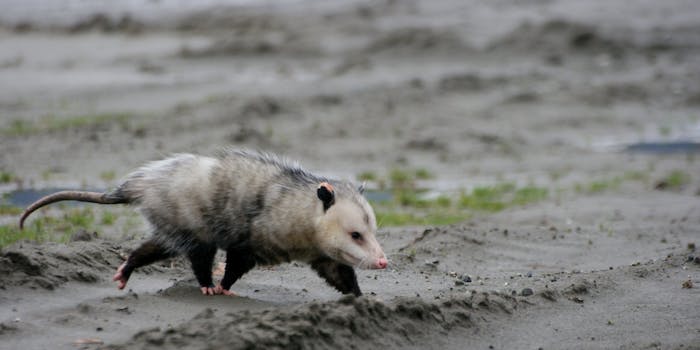 How to give your opossum a pedicure and other vital information

“If you find your opossum gets restless, give it a grape.”

It can sometimes be easy to get lost on YouTube. One can just keep clicking on related videos and end up in all sorts of places. Sometimes, during this magical Internet journey, gold can be discovered. And just occasionally, educational videos involving opossums are found.

One online pioneer, Georgette, has spent several years uploading helpful tutorials onto YouTube accompanied by one of her many pet opossums. How she ended up with the creatures, however, is unclear.

Highlights of her channel include “Proper Opossum Pedicure,” which has the delightful line, “If you find your opossum gets restless, give it a grape.”

Georgette also shows off opossum CPR, which is just a touch too creepy.

Proper bathing and grooming of your opossum is also important for the vlogger, who instructs how to achieve salon-like results for your pet while at home. Apparently it is difficult for Georgette to get to the salon as her car is “filled with a passel of nursing possums.”

One of the key things stressed throughout her videos is that opossums shouldn’t be owned, and belong in the wild, or in the hands of responsible owners. Just like Georgette.