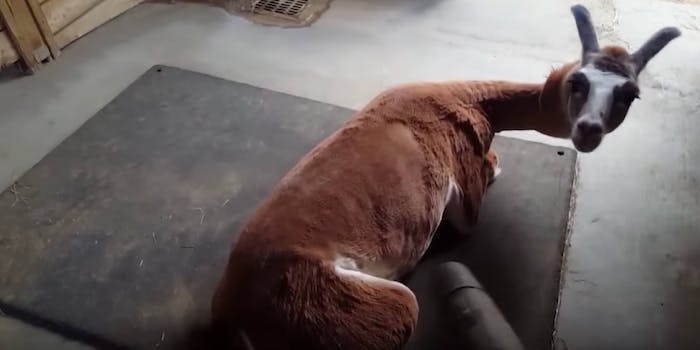 Screengrab via The Houston Zoo/YouTube

Houston’s McGovern Children’s Zoo has quite the menagerie. In addition to the usual petting zoo aspects, its residents include bats, bugs, and creatures that the zoo has dubbed “cool,” which probably also includes this chill leaf blower milling around its facilities.

The landscaping tool requires a whole lot of handling (so needy!) and is generally misunderstood save for one fellow zoo resident. Fiesta the llama has proven that, once again, friends come from unlikely places. The 3-year-old llama has lovingly embraced the leaf blower and clearly looks forward to its daily visits. It’s just like all those other videos of odd animal pairings you see!

The llama and leaf blower friendship has gone over big on social media, though one YouTube commenter is trying to derail the partnership and make Fiesta a blow queen.

Stop playing games, LEGOpachinko. Nothing can stop the love of this llama and its gardening implement friend.