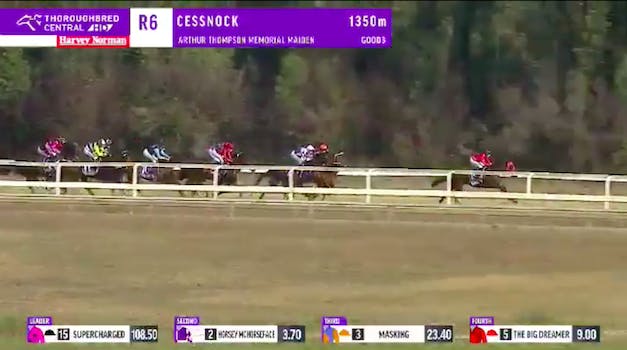 In March of last year, Britain’s Natural Environment Research Council made the unfortunate mistake of asking people on the internet to vote on the name of its new $300 million research vessel. The overwhelming winner was Boaty McBoatface, which received four times as many votes as the next closest contender. But Science Minister Jo Johnson refused to honor the vote, saying the vessel needed a more “suitable” name, eventually settling on RRS David Attenborough, after the famed broadcaster/naturalist.

Naturally, people were upset by this slap to the face of democracy, and eventually the NERC relented a bit and named a small robotic submarine Boaty McBoatface. “A robot submarine?!” said the internet. “Alright fine.”

Now, unlike government funded science vessels, racehorses have always been given wacky names (Maythehorsebewithu and Two in the Pink spring to mind), so it wasn’t quite as shocking when someone named a racehorse Horsey McHorseface.

“Any publicity is good publicity,” racing manager Jake Bruce told CNN. “He’s got as good a chance as any to make it and we’d absolutely love to win with him on a big day. It would be a) hilarious and b) great for the owners.”

Now the two-year-old gelding just scored his first win in Australia and hearing the announcer saying his name over and over made the race that much more exciting to watch.

He's done it! The people's horse Horsey McHorseface breaks through for his maiden win at #Cessnock. Congrats to connections & @BBakerRacing! pic.twitter.com/hMVZ3Is5U4

To be fair, Chasity Strikes is also a really funny name.