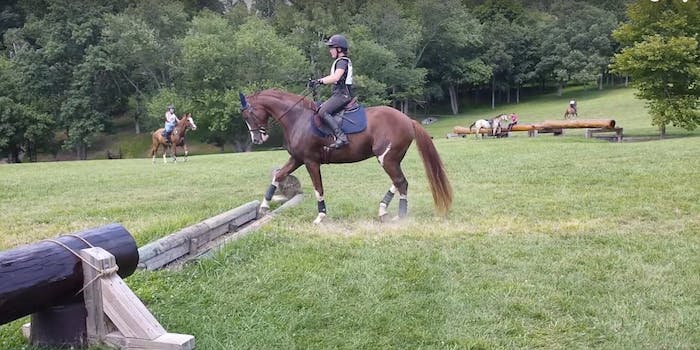 Commando the horse does the most awkward horse jump ever

Saddle up, because this ride is going to be bumpy.

Commando the Holsteiner was learning how to jump a ditch, but he just couldn’t figure out how to get over the hole in the ground. Where some of us might have simply given up, Commando braced himself, threw caution to the wind, and went for it. His awkward landing wasn’t the most graceful thing we’ve ever seen a horse do, but hey, at least he made it over the hole.

In case you’re wondering, he eventually mastered the jump.