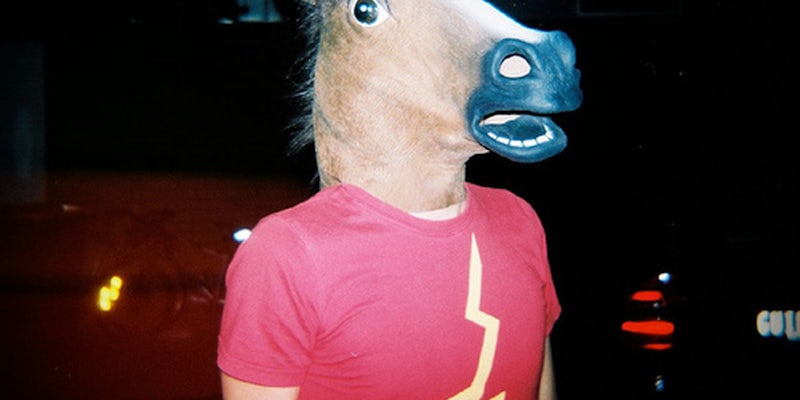 A bot that spams Twitter with random text has gained a cult following.

“I Will Make Certain You Never Buy Knives Again.”

If that sounds like the rantings of a crazy person, think again. That’s just one of the many garbled tweets of @horse_ebooks, a Twitter spambot so absurd that rather than being blocked, it’s developed a following.

Ordinarily, Twitter’s 30-person spam team makes it easy to detect and eliminate spam accounts, usually within 24 hours. When the Daily Dot spoke to a spambot developer, he told us his personal record was a bot that held up for one month before being detected. @horse_ebooks, however, has been up since February.

Something Awful first publicized the account in April when Johnny “DocEvil” Titanium featured it on the site’s front page:

“@Horse_ebooks is a Twitter bot designed and automated by apparently some Russian guy to sell worthless, horrible ebooks about horses. In order to avoid being detected as a spam bot, it occasionally posts a text snippet or two from one of its ebooks, chosen at random,” he wrote.

The suspicion that the Twitter account may be Russian comes from a June twitpic in which a user said she purchased an ebook from the account and saw the name Alexey Kuznetsov on the receipt.

@nameoftheyear revitalized the meme in mid-September, with an explanatory post:

“Who made horse_ebooks? Nobody knows. What algorithms determine where the hell it gets these bizarre word snippets? Nobody knows… So horse_ebooks is basically an organized program with intentions so obscure that it looks like randomized insanity when you put it through the filter of a social media account.”

With hundreds of retweets and favorites per tweet, the account is anything but spam to its 7,000 loyal followers. Its random clippings from an ebook database take on a Dadaesque appeal, even inspiring derivative works.

When webcomic artist KC Green recently posted a comic about a horse flying into space, a friend, @tortoiseontour, replaced the text with @horse_ebooks quotes. According to Topsy, the comic became an instant Twitter hit. Green said he discovered the account after his friends began retweeting it, and was hooked.

“It’s completely absurd snippets that almost read like a horse is trying to use a computer,” he said. “Or maybe a horse was given a computer brain and access to Twitter and this is what comes out.”

Spam art has a storied history that predates Twitter. There’s even Spam-ku, a website and book of spam emails assembled into the form of Japanese haiku poetry. But there’s something unique about the literary flair of @horse_ebooks.

The account’s most literal derivative work is a Tumblr that documents stories about a horse who speaks just like the Twitter account. Launched on September 6, horse_ebook fanfics offers fan-written stories, or fan fiction, based on the account’s tweets:

“Horse_ebooks slides his glasses down just enough so the audience can see his big, beady eyes. ‘Ride,’ he whispers as he jumps out the window.”

As @horse_ebooks might say, “Let me ask you a question: Do.”