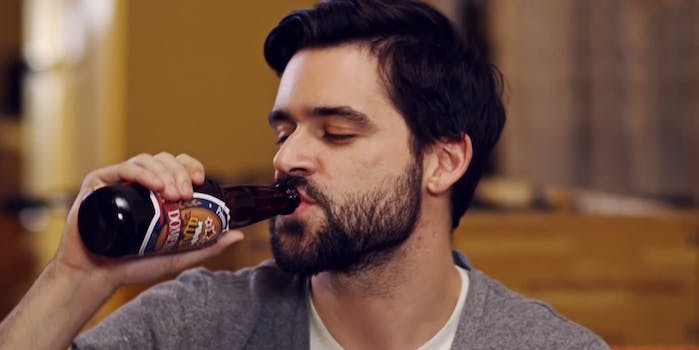 It's not about the taste, it's about a feeling. Specifically: drunk.

Beer snobs may scoff at their friends who drink domestic American beer, but after this video, at least they finally understand the motivation.

It may be the most obvious one of them all: getting loaded as cheaply as possible.

“Brewed in the lakes of who gives a shit, from the glaciers of who the fuck cares,” the ad says of domestic American beers. “What did you do before you drank? Who gives a shit.”

To the target audience, it doesn’t matter where the beer came from or how horrible it tastes. It’s all about the feeling—and the feeling is drunk.