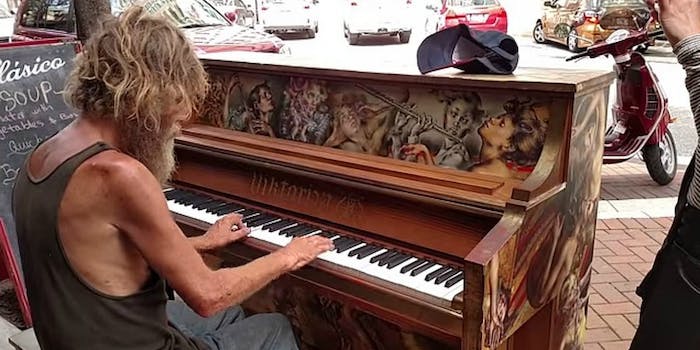 Are we sure this isn't really Dennis DeYoung?

Ever seen a homeless man named Donald play a flawless version of Styx’s “Come Sail Away” on the piano on a sidewalk in Sarasota, Florida? If, for some reason, the answer to that query is no, check out the video below to redeem your soul.

Here’s an interview conducted with Donald Gould the day after the initial video—he claims to play that piano nearly every day and that he used to play the clarinet when he was in the Marine Corps.

There’s also a Kickstarter fund on his behalf in which a woman named Jacqueline Bevan writes, “Donald is a former Marine and is just a few classes short a degree in music theory. He tragically lost his wife and is now in search of his 18 year old son. Donald needs a second chance at life. He is extremely musically talented and can play or teach any instrument that comes his way! Let’s help make this man’s dream come true. He’s a very sweet soul! He deserves a chance to make his dream of teaching music come true!  All funds will go to Donald (Boone) Gould to secure a home, a car and to possibly return to school for his last 3 classes for his music theory degree.”

But are we sure this man’s real name is Donald Gould? Clearly this guy is so talented and is so on point with his Styx cover, I think the natural assumption is that Donald actually is Styx founding member and singer/keyboardist Dennis DeYoung. After all, Donald sort of looks like the 1970s version of DeYoung, only four decades older. 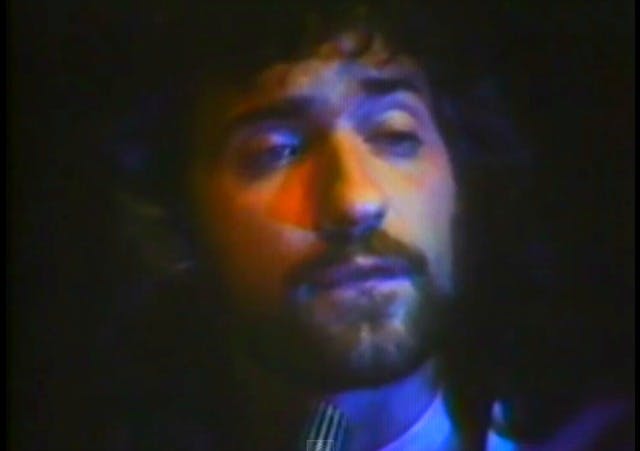