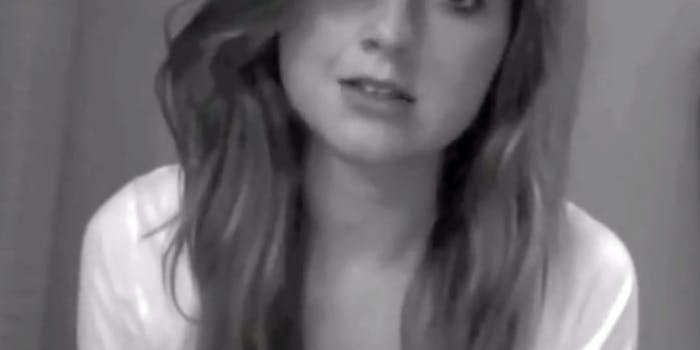 19-year-old Holly Pereira wants you to know that three people die each day while waiting for an organ transplant. Right now, she’s just hoping that she doesn’t become part of that statistic.

Pereira, a University student living in Sussex, England, has a form of cystic fibrosis that limits her lung capacity to 20 percent of that of a healthy person. According to her doctors, Pereira has less than two years to receive a double lung transplant before her condition worsens to the point that it could become legitimately life-threatening.

Doctors put Pereira on a transplant waiting list in April, but because of her size and blood type, she’s up against some awfully steep odds.

Last month, Pereira took to YouTube to appeal for a donor.

“Having little lung function makes doing the smallest everyday tasks like showering, walking, or taking the stairs a lot more difficult,” she says in the video. “I get out of breath very easily. This has meant that I’ve had to leave my university course and come home and focus on keeping as well as I can.”

Pereira’s video only received a handful more than 3,200 views, but attention has swelled since BBC South East featured her story last week.

“To be able to receive a new pair of lungs would mean that my life would be significantly better,” Pereira says. I’d be able to do things that I really can’t do at the moment.

“I can only imagine what it will feel like to breath with ease.”