Lawrence Yong's modified version of Jackson 5's "I Want You Back" notched nearly 100,000 views on YouTube and helped perk the University of Michigan's interest.

When high school senior Lawrence Yong got waitlisted at the University of Michigan, he decided to do something about it. Instead of writing a letter to plead his case, he got a little more creative.

Yong went to YouTube and posted a video of himself singing “Michigan, give me one more chance!” to the tune of the Jackson 5’s “I Want You Back.”

“I thought, you know what, talk is cheap and this is a great opportunity for me to show off some of my strengths,” Yong said in the video.

While the video might have been intended for those in the admissions office at the university, its reach has extended far beyond that. Since posting April 22, the video has received more than 91,000 views.

“I don’t even understand how it happened,” Yong wrote on Tumblr.

And then a couple months later, Yong posted a screengrab of his acceptance letter  to Tumblr on June 6 with this simple caption: “God is too good.” 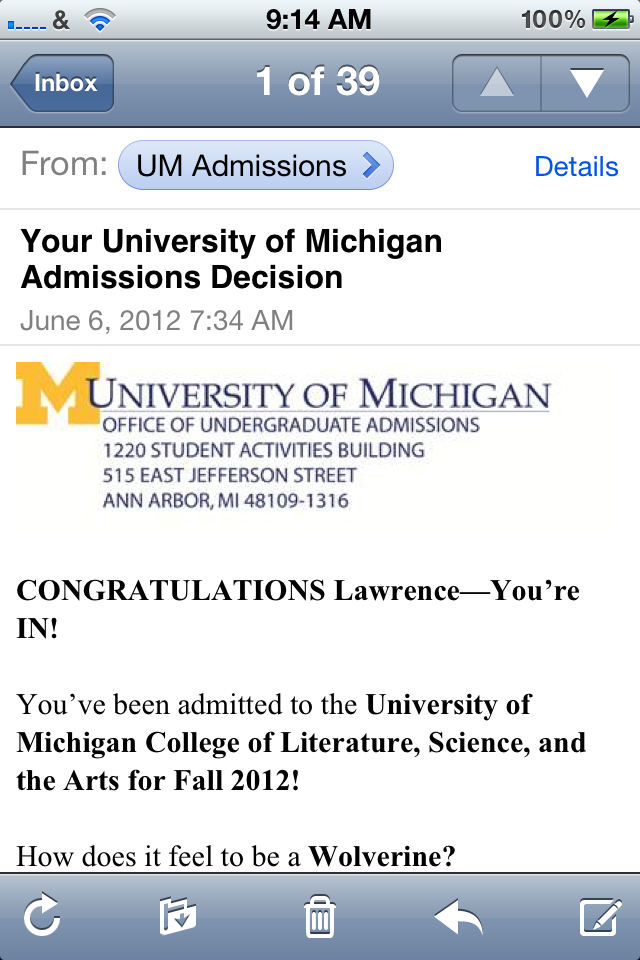 Yong believes the video got him into the University of Michigan. Assistant Admissions Director Bernadette Lis said that Michigan takes “demonstrated interest into account” when choosing to accept waitlisted students, according to AnnArbor.com.

The Daily Dot reached out to Yong for comment, but he has yet to respond.