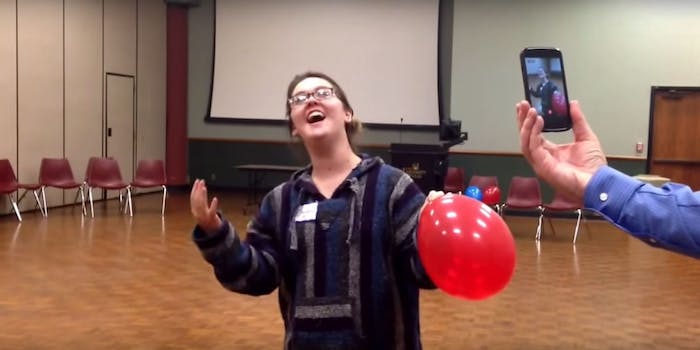 Opera singer inhales some helium for a disorientingly squeaky performance

Ever wondered what an opera singer would sound like after inhaling helium? Well, you're in luck.

Whether it’s Morgan Freeman sacrificing his dulcet tones to helium inhalation or Alan Rickman ruining his menacing growl by talking like a squeaky little cartoon character, helium is the perfect addition to any conversation. And now it’s time to see what it does to an opera singer.

Singer Christina Elizabeth chose the soprano aria “Deh Vieni Non Tardar” from The Marriage of Figaro and delivered a performance of unsurpassed squeakiness. For science, obviously.

It brings a tear to your eye, doesn’t it?