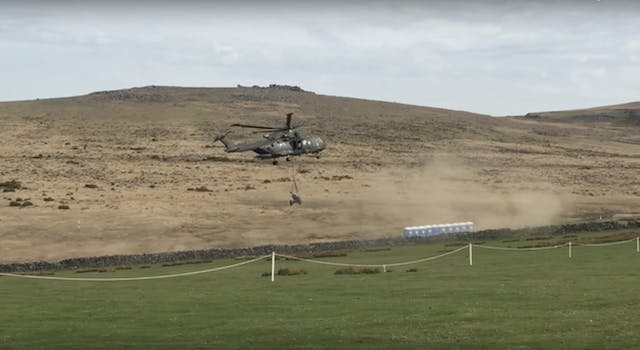 Royal Navy helicopter makes a mess after knocking over porta-potties

This was definitely a crappy situation.

It’s a bird! It’s a plane! Nope—it’s just a bunch of toilet paper billowing in the air after being ejected from a bouncing porta-potty.

Video footage from LA Knight shows the downwash from a Royal Navy Merlin helicopter lifting a row of porta-potties (or porta-loos, since this did happen in England) into the air and causing quite the mess. The helicopter was simply supposed to airlift field guns to prep for an event, but then it ended up in this shitty situation.

But you really can’t argue with how exquisite the floating toilet paper looks after it flies out of the blue cubes. There’s beauty in everything, right?

Sucks for whatever poor lad has to clean this mess up.