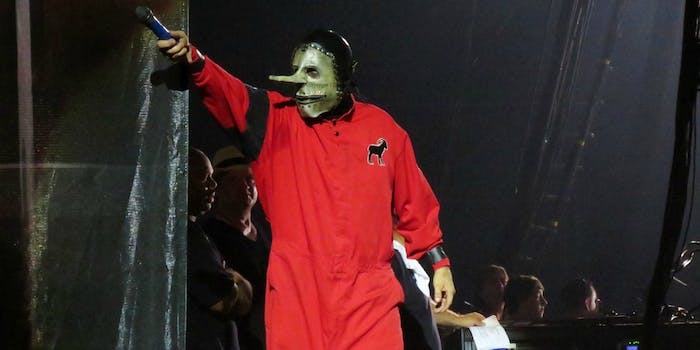 Heavy metal Christmas lights sync up to Slipknot and Disturbed

If you like your Christmas lights shows with a solid dose of heavy metal, a YouTube user appropriately named Slayer Bob has you covered. For the past several years, Slayer Bob has created light shows at his home, always set to metal bands like Slayer (obviously), Pantera, and Metallica.

This year, Slayer Bob created dual metal masterpieces—one for Slipknot’s “Psychosocial” and the other for Disturbed’s “Stricken,” and the visuals feature a head-banging snowman, multiple singing Christmas bushes, a kick-ass drumming elf, and Santa jamming deliciously on the guitar.

The amount of time and energy put into these displays every year—the syncing of the drumming is especially impressive—is a testament to Slayer Bob’s dedication to heavy metal music and the holiday season. It’s something even Dee Snider could get behind.