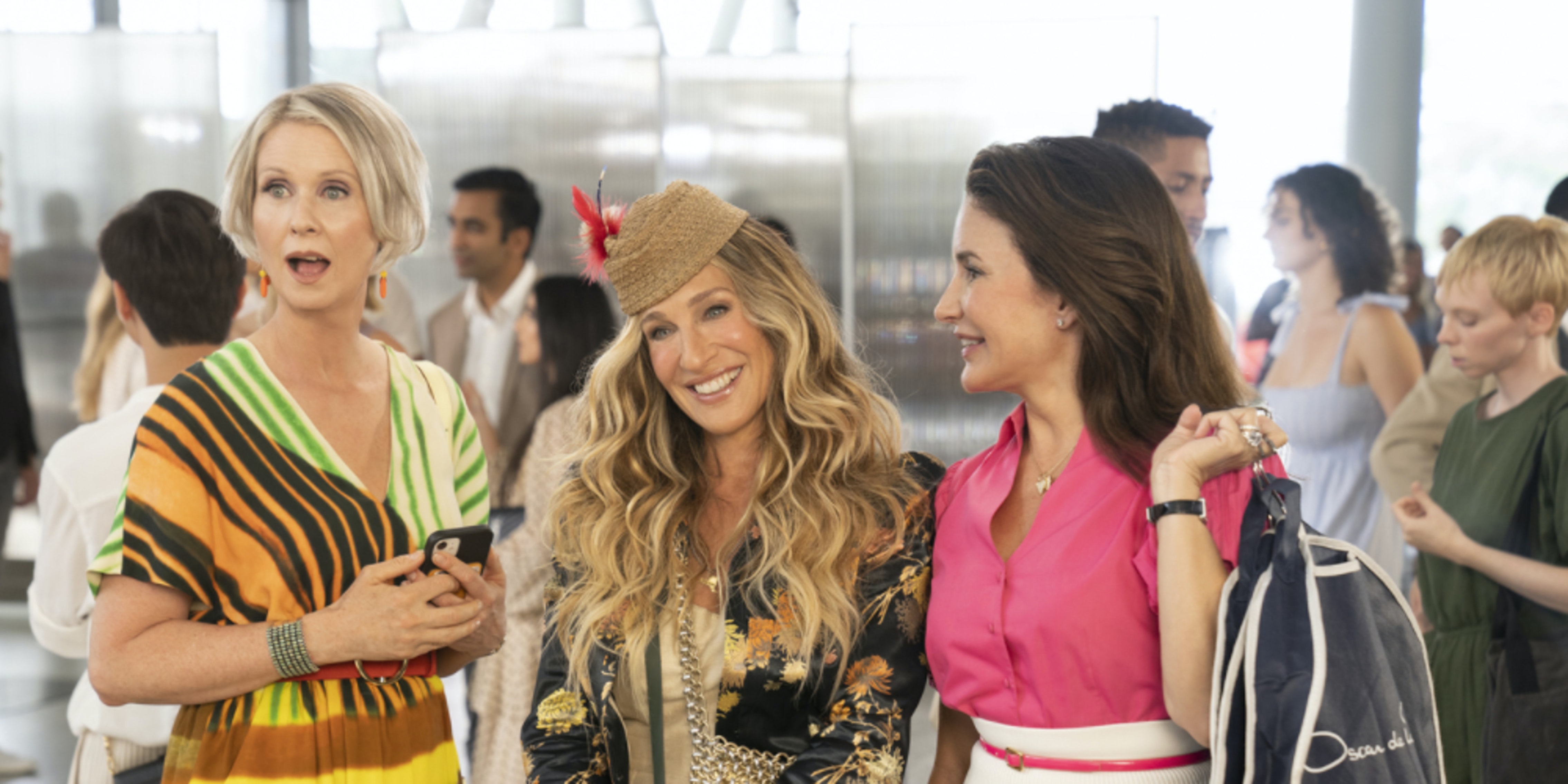 Review: ‘And Just Like That…’ tries to catch up

The series cycles through a somber, sexless city.

And Just Like That…, the new chapter of Sex and the City, seemed inevitable. It sits squarely in the No One Asked For This camp, but it’s already in the culture, and now we must assess and meme this product, both familiar and cringe.

We first meet Carrie (Sarah Jessica Parker), Miranda (Cynthia Nixon), and Charlotte (Kristin Davis) in their natural habitat: lunching and talking about… podcasts. And Just Like That… goes Game of Thrones with its first episode: A major character dies, and the death is Peloton-related, which is tragically 2021. Even more so: Peloton responded to the incident with a finger-wagging statement, in turn spoiling the big twist for those who hadn’t seen it.

The series explores grief, something the original didn’t do much. And it not-so-subtly opens up Carrie’s storyline. The fate of Samantha (Kim Cattrall) is also quickly addressed. She moved to London, we’re told, after she and Carrie had a falling out. While it’s long been known Cattrall wouldn’t be part of the series, her absence still hangs over the somber, serious proceedings.

Sex and the City, which ended in 2004, gave its characters the requisite happy endings. Two movies complicated the show’s legacy. AJLT exists in a more domesticated universe. One where COVID, for some reason, is referred to in the past tense.

The new series tries to account for the original’s very white depiction of New York City, adding in Carrie’s podcasting partner Che (Sara Ramírez) and realtor Seema (Sarita Choudhury); Miranda’s professor Nya (Karen Pittman), whom she initially offends by not believing she’s a professor; and Charlotte’s new mom-group friend Lisa (Ari Nicole Parker), whom she tries to impress by filling a dinner party with Black women she doesn’t really know. It’s refreshing that it’s showing a more realistic version of the city, but after viewing four episodes (out of 10), I’m really hoping these new characters exist as more than just teachable moments for the main characters.

Change, and how women can do so in their 50s, seems to be the overarching theme here. How to change with the times is, too. Charlotte struggles to accept that her daughter Rose (Alexa Swinton) doesn’t like being referred to as a girl; Miranda is in a sexless relationship with Steve (David Eigenberg) while her 17-year-old son Brady (Niall Cunningham) is having sex all over the house. Carrie, who rose to fame as a sex columnist but always had a very heteronormative view of it, is now on a podcast about sex, in an effort to stay relevant. But she’s not comfortable getting raunchy like her comedian co-hosts (Ramirez and Bobby Lee). When Che confronts her about that, Carrie says she’s going to “step my pussy up.”

Would it have been more realistic if these three women—who still live very comfortably—were totally tuned into allyship and didn’t say very embarrassing things? (See: The scene where Miranda flips out about weed.) No. The series is at least trying to address the generational and cultural shift from SATC to Girls to The Sex Lives of College Girls.

That’s not to minimize the influence of Sex and the City on culture; it became a template for TV archetypes, a reflection of the time and place as well as the nuances of women’s friendships. AJLT is a picture of middle age, and there are nuances there as well. But so far it’s all beige.