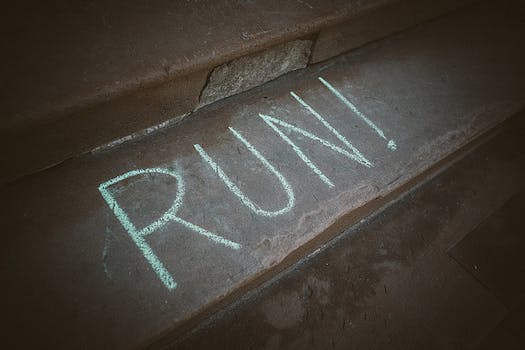 Reflecting on the Boston Marathon and its aftermath.

Last Monday morning, I got up and the first thing I did was go online to track my friends running the Boston Marathon. (The marathon’s site allows you to check a runner’s progress about every three miles.) They were all looking good—or as good as runners can look when you’re 3,000 miles away and hitting “refresh” every few minutes.

I tweeted how I was surprised #BostonMarathon wasn’t trending. I tweeted my jealousy of their perfect running conditions. I tweeted how my Achilles was tight and how I was thus off to the pool instead of a run. (As any runner knows, cross training is a form of punishment.)

Then I came back from the pool.

And #BostonMarathon really was trending.

This wasn’t the kind of article I wanted to write.

I’m The Hater. I bitch about stuff.

I wanted to hate on how much press coverage football, baseball, basketball and hockey get—and how little running gets in comparison. 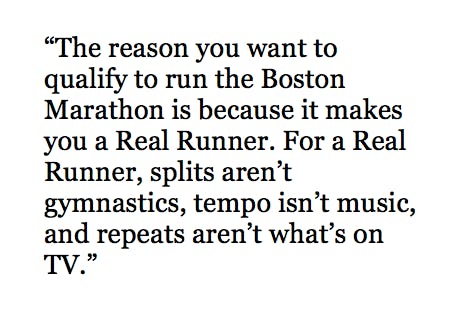 I wanted to hate on how much professional sports players in any sport are paid compared to track and field stars. (80% make less than $50,000.) Sure, the marathon majors such as Boston or New York pay six-figure sums to the winners, but that’s like one residual check for a football player’s Doritos commercial.

I wanted to hate on this article from Jezebel about running and spectating—purely with brilliant green envy just because it’s just so damn good.

I wanted to hate on that Patton Oswald/Mr. Rogers quote about Looking for the Helpers. (Actually, I still do hate it. Not its intent, but its ubiquity. Stop posting it, already! I’m not four.)

Nothing else smooths out my brain like a good run does. I didn’t grow up as a runner; I became one at 31. In the eight years since, not only have I’ve wanted to apologize to everyone I’ve met who knew me before I started running, but I’ve also run six marathons.

Boston, last year, was my most recent.

One of the first things you learn when you start running marathons is that you want to qualify for the Boston Marathon.

Why? Because. Because you do. It’s a storied course. The oldest. The toughest.

Hell, when I started on Twitter, I named myself @tryingtoqualify.

But really, the reason you want to qualify to run the Boston Marathon is because it makes you a Real Runner. For a Real Runner, splits aren’t gymnastics, tempo isn’t music, and repeats aren’t what’s on TV.

But even the realest of Real Runners need spectators.

Sure, some freaks can run 100+ miles in monastic silence. I’m sure as hell not one of them.

I need my husband there with a full, spare water bottle so I’m not tempted to quit at the aid stations. I need signs like “The cats are cheering at home for you!” and friends at Mile 22 to run the final miles with me and facilitate a conversation when my responses consist of  “kkkkkkquisttt” and “ngorfff.”

I ran Boston last year. It was one of the hottest Patriot’s Days in history. On the bus to the start line in Hopkinton, the sun rose large and angry. Once the race began, it didn’t take too many miles to witness those affected by the heat. Runners were puking. Some had passed out. Others plunked themselves onto the grass, where they looked around, dazed.

Since I’d trained for six months in 45-degree Oregon drizzle, the heat slowed me to a pace that had me crossing the finish line about 40 minutes slower than my qualifying time.

I had my worst time ever.

And I had my best time ever.

Because of the spectators.

If not for spectators, a race wouldn’t be a race. It would be a really long group run with a bunch of smelly strangers.

Last year, my husband was one of the spectators. He stood about a block away from where the first bomb exploded last Monday.

Life is just a series of near-misses, isn’t it?

We may never know the extent of the why. But no matter what, I have no doubt that Boston will come back stronger than it already was.

But don’t just be silent. Help. Help the running community—they are the runners and the supporters. Donate to The One Fund—that’s a good way to start, too. Want to show your solidarity? Go for a run, when you can. Or encourage the ones you love (or even tolerate) who do.

You don’t have to be a runner—real or not—to know about endurance.