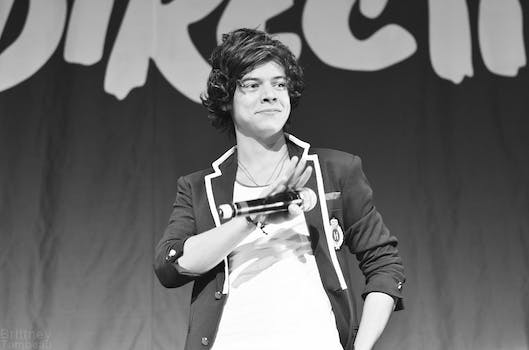 Harry Styles might be the only member of One Direction anyone over the age of 30 can name, and for good reason. He’s got the hair, he’s got the bad-boy charm that broke Taylor Swift’s heart, and most importantly, he’s got the moves. While said moves aren’t as iconic as Mick Jagger’s, they’ve been immortalized in something far more important than a Maroon 5 song.

You can find them all on a single Vine account.

In early September, the account plainly titled “harry dancing to stuff” cropped up. And in the two short months since, the endless clips of Styles dancing along to songs like Jon Lajoie’s “Show Me Your Genitals” have gained over 17 million loops.

The geniuses behind the account, @beaulieve, @playdoughzayn, and @stylinheartache, began taking requests and scoring clips of Harry dancing along to some of today’s hits. You’ll find Harry’s ex-beau Taylor Swift’s “Shake It Off” and Big Sean’s “Dance (A$$).”

The trio have seemingly sussed out every decent clip of Styles dancing that exists online and soundtracked it accordingly.

While some are saucy, others are downright comical.

Others are a little raunchy.

Photo via brittneyatambeau/Flickr (CC BY 2.0)