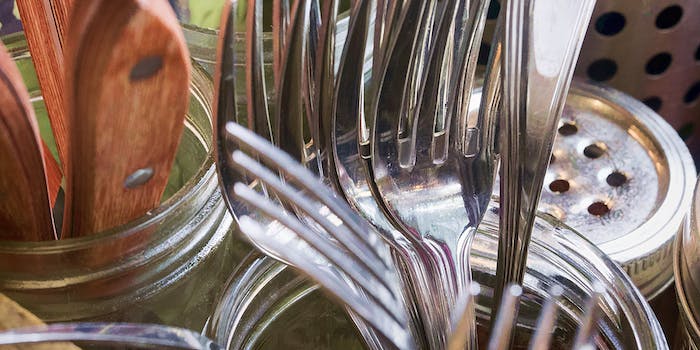 These are the words of Dale Bolinger, a 58-year-old British nurse who has been convicted of plotting to groom, murder, and then eat a 14-year-old girl, although it isn’t clear exactly who the girl is, whether she really exists, or if Bolinger was anything other than a fantasist.

The jury at Canterbury Crown Court heard how Bolinger bought an axe on the day before the girl—whose identity has never been revealed—was due to arrive from Germany to meet him. In private messages, Bolinger had described how the thought of beheading and then eating the girl aroused him, then sent her a message saying, “Got the axe, you ready to get that train?”

According to the BBC, Bolinger had already admitted to making indecent images of children that were digitally manipulated, one of which depicted a young girl’s head on a serving plate. The court also heard that Bolinger had previously tried to chemically sedate a female friend using a cloth over her mouth.

Bolinger, who has been at the centre of what the U.K.’s has dubbed the “cannibal trial,” claims that he’s a sexual fetishist and was caught role-playing with a user he thought was really a consenting adult male, and he never planned to kill or eat anyone.

Bolinger had been chatting with “Eva,” supposedly a 14-year-old Mexican girl on the Dark Fetish Network, a social network for sexual fetishists, when he invited her to come stay with him. Then he bragged to fellow fetishists of his plans to butcher the girl. Prosecutors claimed this was proof that Bolinger had plans to become a real-life axe murderer.

The FBI became involved as part of inquiries into the “Cannibal Cop” Gilberto Valle, whom Bolinger made contact with online. Bolinger admitted a cannibalism fetish to police, and boasted on the Dark Fetish Network of eating a 39-year-old woman and a five-year-old boy, although there is no evidence he ever did. When asked by police if he found children sexually attractive, Bolinger replied: “I do not find children sexually attractive but I do find them interesting as a food source.”

Bolinger’s defense counsel pointed out that while shocking, it wasn’t a crime to have dark fantasies or even to talk about them on the Internet.

“We say that when you look at all the evidence, it’s quite clear that Mr. Bolinger is far more Walter Mitty than Hannibal Lecter.