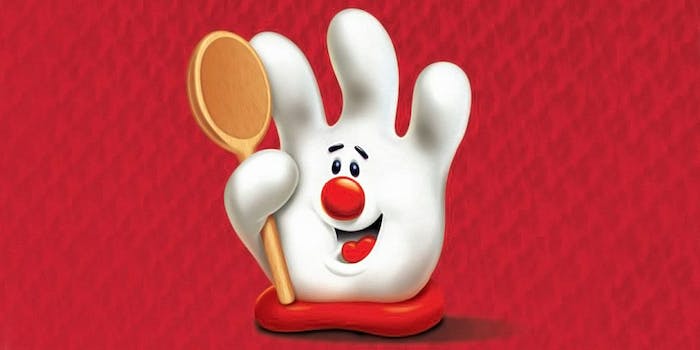 We didn't need to see this.

Have you ever wondered about the correct anatomy of Hamburger Helper’s weird mascot, a four-fingered glove with a face named Lefty? If so, there’s finally an answer.

The question was first posed to Twitter a few days ago.

Does the Helper have a skull? Does it (?) have any bones? Does it have any limbs?

The replies were super creepy.

On Monday, the Twitter account for Hamburger Helper posted a photo that was intended to clear things up.

But it only led to more questions—and freaky images.

if the hamburger helper glove wore pants which way would they wear them? this has kept me up at night please hel p pic.twitter.com/KK85c303UV