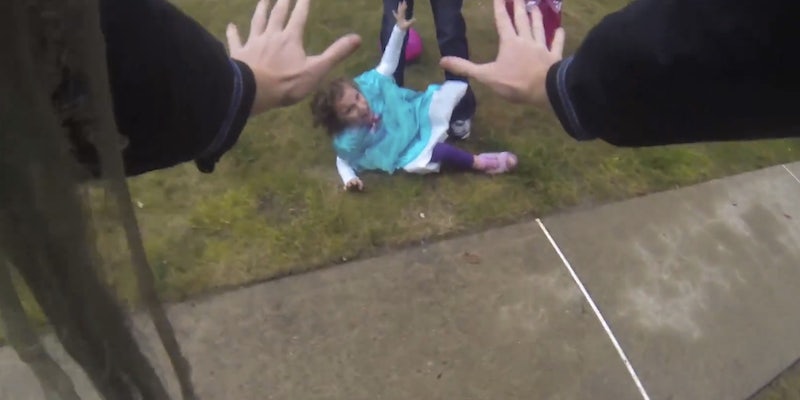 The magic of the holidays!

GoPro cameras have allowed viewers to vicariously live through shark encounters, eagle flights, and emergency kitten rescues. But Halloween may have unveiled its purest calling: accidentally scaring children to tears.

YouTuber Ken Spooner filmed himself doing the oldest Halloween trick in the book: putting on a scary mask, pretending to be a decoration, and jumping out to scare trick-or-treaters when they come near.

But he overestimated the mental toughness of the two baby princesses who came to his door, causing one to collapse in a mess of fright and tears.

“He’s joking! You know how, like, Uncle Keith jokes around?” the girl’s apparent mom says to her inconsolable child.

To their credit, the girls know that a stranger who frantically tries to stop their crying by shoving candy and chips in their faces is every bit as scary as some skeleton monster.