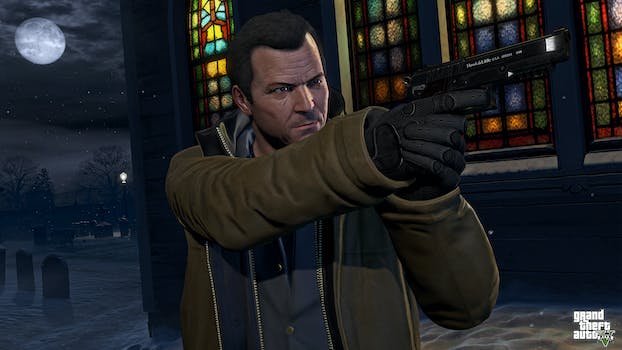 Criminals are using mods for the newly released PC version to send malware.

Using a video game about crime to commit a pretty nasty cybercrime may have a certain clever irony to it but the victims aren’t much impressed.

Criminals are using mods for the newly released and massively popular PC version of Grand Theft Auto V  to distribute malware such as the Fade.exe keylogger that records every keystroke—aiming specifically for valuable data like passwords for bank accounts and email addresses—of an unsuspecting victim.

The problem was first discovered by a user who reported thoroughly on it at GTAForums.com. The malware was found on the “Angry Planes” mod. Since then, new reports from users of the “No Clip” mod show that this isn’t an isolated incident.

To remove the attacking software, Malwarebytes should be able to detect and kill the threat. If you’ve used any of these mods, change your passwords for your major accounts and check in to see for signs that they’ve been surreptitiously accessed.

When Kotaku first reported on the new attacks, the comment section became the latest battlefield in the console vs. PC wars that have raged for the better part of the last four decades. With great control over one’s machine comes inevitable problems, as some PC owners found out when they loaded up the latest GTA V mods.

If you know of more malware problems, send me an email.