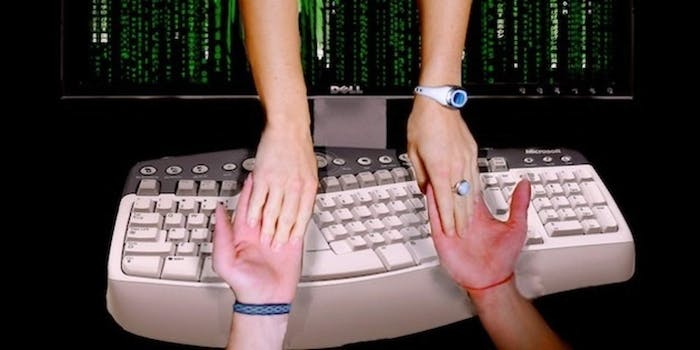 How would you like to go on a couple of blind dates at once?

Have you ever been on a blind date? You know, the kind where there’s some vague setup and few personal details shared between you and your date. For the majority of socially competent people, this makes for an awkward Thursday night, because sometimes strangers are strange. Dating sometimes stinks, but blind dating often stinks to a horrifying degree.

So what’s the only thing more horrifying than a blind date? How about three blind dates at once! Let’s make it completely anonymous and spontaneous so the kids won’t know a thing about each other. And it all goes down at a random bar in a random neighborhood.

This is more or less the idea behind Grouper, a newly revamped service that blurs the line between dating and meeting new people. The company sets users up on “Groupers,” small get togethers with up to three guys and three girls. You can indicate when you want to go on a Grouper and also pick a couple friends to go with you. The service sets up everything else, from booking reservations at a gathering spot to picking up the tab on the first round of drinks.

I know what you’re thinking: Free drinks, little effort, instant access to members of the opposite sex. What’s so bad about that? Grouper also taps into your Facebook data in order to match you up with people who have similar interests, so there’s a chance you might have a thing or two in common after all.

That in mind, Grouper actually isn’t so many shades different from some of the newer dating sites and apps. Tinder tells you little about the other person, relying instead on a Hot or Not approach to sifting through potential dates and definite rejects. Grindr and its straight equivalent Blendr ping Facebook’s Social Graph and uses the geolocation features on your phone to find people near you with similar interests. Often those interests involve sex. And who could forget OkCupid, the old standby.

The thing is, though we’re loathe to admit it, online dating simply complicates the age-old courting process, and that’s a fact that makes some people uncomfortable. Honestly, though — and I’m surely not the first person to make this observation — online dating and especially dating apps are an attempt to streamline that process. It’s true that you and two friends could go out to a bar and meet a group of girls or guys. You could share some rounds and some laughs. Maybe somebody will get laid. An app like Grouper is just trying to make that happen more often.