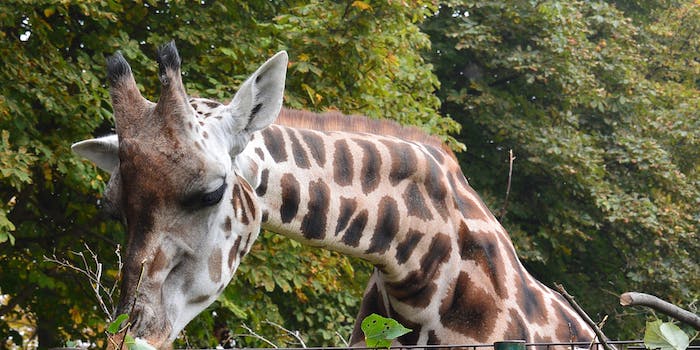 Why are all of your Facebook friends turning into giraffes?

They're all participating in one giant riddle. And they just lost.

If you’ve been around the website for the past couple days, you may have noticed that more people have started changing their profile pictures to one of the animal kingdom’s tallest mammal. They’re not having an identity crisis (that we know of) and it’s not an elaborate Halloween costume.

They’re all participating in one giant riddle. And they just lost.

It’s all part of a massive game set up by travel vlogger Andrew Strugnell, and while he has just over 3,500 subscribers, his Giraffe Challenge has gotten more than 25,000 likes in just a day.

The rules are rather simple. Strugnell posts a riddle that changes weekly, and if you think you know the answer, message him privately.

Here is the riddle: 3:00 am, the doorbell rings and you wake up. Unexpected visitors, It’s your parents and they are there for breakfast. You have strawberry jam, honey, wine, bread and cheese. What is the first thing you open?

If you get the riddle right, congratulations! You are a human. If you get it wrong, you now have to change your profile picture to a giraffe for the next three days and Strugnell will post your name to Facebook and YouTube.

With more people turning into giraffes than not, people are starting to cry foul on the riddle’s logic. But Strugnell is begging the commenters not to spoil the answer, and there’s a vague enough hint to get you started.

Go ahead and give it a try, but remember, your profile picture is on the line.