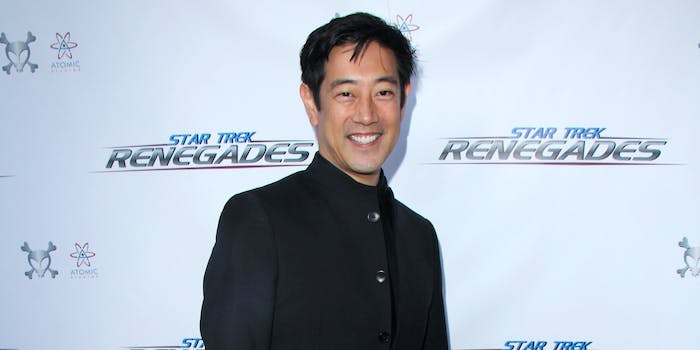 Grant Imahara, who co-hosted MythBusters and The White Rabbit Project and made a name for himself in robotics and as an electrical engineer, died on Monday from a brain aneurysm. He was 49.

“We are heartbroken to hear this sad news about Grant,” a Discovery representative said Monday. “He was an important part of our Discovery family and a really wonderful man. Our thoughts and prayers go out to his family.”

Imahara’s career in Hollywood spanned decades. After graduating from the University of Southern California, he worked at THX and Industrial Light and Magic, where he worked on the Star Wars prequel films and other productions like Galaxy Quest, the Matrix sequels, A.I.: Artificial Intelligence, and The Lost World: Jurassic Park. He’s worked on R2-D2, the Energizer Bunny, and even created Craig Ferguson’s robot sidekick Geoff Peterson.

But fans will most recognize him from MythBusters, which brought him on as a member of the Build Team in 2005, where he often tested the bounds and limits of various myths alongside Kari Byron and Tory Belleci. After he left MythBusters, he joined Byron and Belleci to host The White Rabbit Project, where they tested out even more experiments.

Byron and Belleci both posted tributes on Twitter after Imahara’s sudden death.

“I’m at a loss,” MythBusters cohost Adam Savage tweeted. “No words. I’ve been part of two big families with Grant Imahara over the last 22 years. Grant was a truly brilliant engineer, artist and performer, but also just such a generous, easygoing, and gentle PERSON. Working with Grant was so much fun. I’ll miss my friend.”