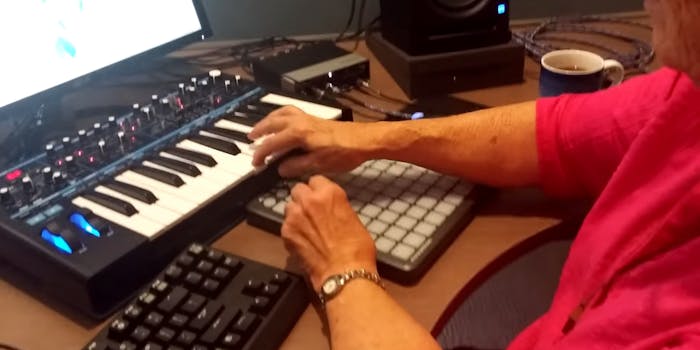 Cool grandma plays the synthesizer, is more chill than you

Here are some cool suggestions for activities you can share with your grandma: afternoon tea, classic movies, gardening, awkward arguments about politics, and, if you’re particularly adventurous, playing the synthesizer.

You can’t help but smile at this video of a man teaching his grandmother to play synth music. He explains the basics of his Bass Station 2, and by the look of things, she catches on pretty quickly.

By the way, if you’re assuming this synth-loving grandmother is a funny outlier, you’re dead wrong. Some of the greatest pioneers of the genre were women, from Theremin player Clara Rockmore (born 1911) to BBC radiophonic performer and composer Delia Derbyshire, who is best known for recording the Doctor Who theme music.