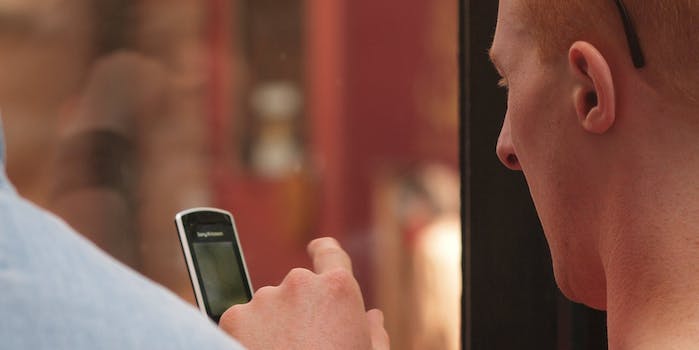 Over the past few months, there’s been an awful lot of concern about security issues related to GPS-based dating apps.

Over the past few months, there’s been an awful lot of concern about security issues related to GPS-based dating apps like Tinder and Grindr, especially after it was reported that a Tinder bug had inadvertently revealed users’ exact locations for months. Now, police in Philadelphia are issuing a safety warning to users of GPS dating apps, after multiple victims have been robbed and assaulted by people they met online.

According to Philadephia’s ABC News affiliate, police are on the lookout for Douglas Spady and Kareem L. Daniels, two men who are accused of robbing and assaulting victims they met on GPS dating apps like Grindr, Tinder, and Tango. The Philadelphia police are warning users that criminals are using these apps to identify and locate potential victims.

One of these victims, identified only as “Anthony,” is accusing Spady of luring him into a sexual encounter via the gay hookup app Grindr. Anthony claims that after meeting up with Spady for sex, he demanded $200, claiming he had secretly taken videos of their encounter as blackmail. When Anthony refused, Spady robbed and physically assaulted him. A week later, surveillance footage surfaced showing Spady raping and robbing a Philadelphia tourist, whom he also allegedly met on Grindr.

But Grindr is not the only hookup app that’s being used by criminals to scout for prey. Daniels, for instance, used the video-dating website Tango, which also uses GPS technology, to lure female victims. One of the victims, known only as “Tamira,” says Daniels contacted her on Tango, arranging a time to meet for a date. But when he arrived at her house, “He came from out of his car and pulled out a gun and told me to go in my house,” robbing her of $700.

Philadelphia police have issued arrest warrants for both Spady and Daniels. In the meantime, however, police lieutenant Robert Otto is urging dating app users to “use extreme caution” when logging onto Tango, Grindr, or any other dating site. Tango has also issued a statement to ABC News, reminding users that they can turn off their GPS functionality to protect their location information.