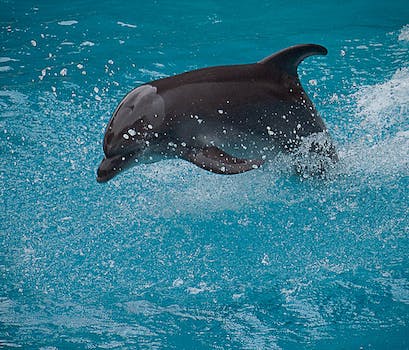 The brief wondrous life of @GowanusDolphin

A PETA-style army of users chastised a parody account set up in the wake of news breaking that there was a dolphin stuck in Brooklyn's filthy Gowanus Canal.

Twitter showed how much it collectively cares about marine mammals on Friday when a PETA-style army of users chastised a parody account set up in the wake of news breaking that there was a dolphin stuck in Brooklyn’s filthy Gowanus Canal.

@GowanusDolphin, a parody account made in the same vein as @bronxzoocowboy, @psychicoctopus, and @jfkturtles, became Internet public enemy number one this morning when its creator was ruled rather unofficially to have been unfunny and guilty of breaking the almighty parody rule: never start tweeting “too soon.”

The account was suspended within an hour after multiple individuals reported its activity. We’re able to provide you with a brief sampling of tweets thanks to the wonders of social media analytics tool Topsy. Your call as to whether these tweets are funny or not—and if they’re “too soon!” 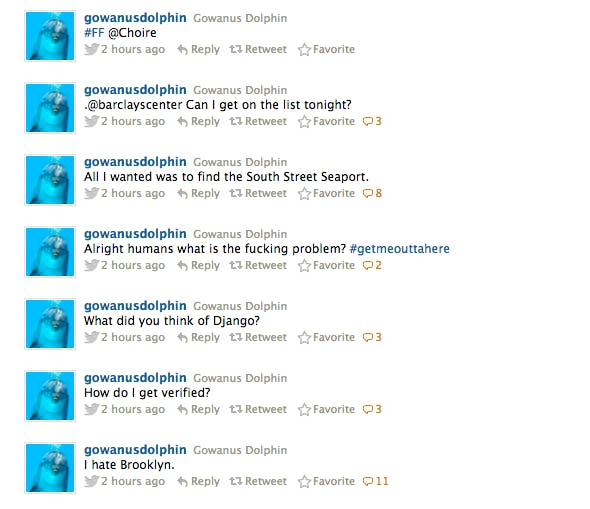 Distaste towards the account was perpetuated when well-dressed Brooklynite and Bloomberg L.P. director of social media Jared B. Keller announced unto the world that “you are the worst person on the planet and I hate you” “if you create a parody account within fifteen minutes of a news event” breaking. 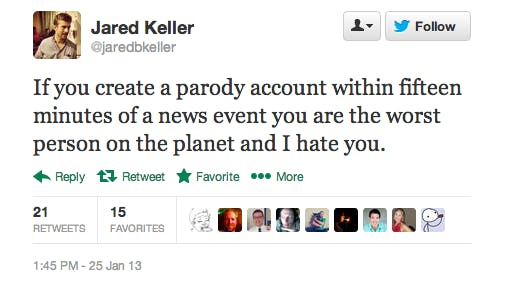 The creator emerged shortly after the Internet wrapped up going hog-wild. In a blog post titled “I am the Jerk Behind @GowanusDolphin,” professional poker player Shane Schleger explained that he was “partly goofing around to see if I could be the first person in the race to create the inevitable Twitter parody” when he created the account.

He added: “I think anyone who knows me knows I wouldn’t create something in order to offend people, but despite trying to keep it light and funny, I crossed the lines of good taste according to several people.”

Schleger noted a number of people who chastised him before reiterating that it was all in good jest. He closed by bringing some reason into the picture.

“I suppose making a parody account about a suffering animal is more offensive to some than creating a casual reference point to an event in which millions of people … were tortured and murdered,” he said, referring to a tweet writer Joel Johnson sent that considered @GowanusDolphin worse than the Holocaust. “I wonder how many of Joel Johnson’s family had to flee Germany or hide out in bunkers in the Ukraine during the great Dolphin Holocaust of WWII.”

Okay, so maybe there is no reason to glean from this story. Everybody’s messed. Let’s pray for that dolphin.