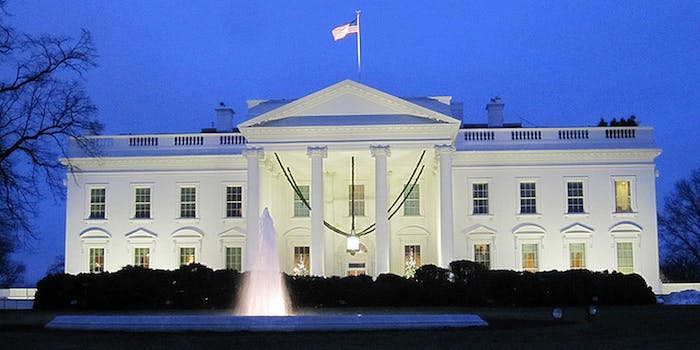 If you really want to know if a major political event is really happening, turn off your TV and check Twitter.

The only good part of today’s potential-government-shutdown madness is the hashtag #shutdownpickuplines. People have been tweeting sexy ways to pick up a new boo using topical political humor. Since many employees will be off work, many of these revolve around using that free time… really well. Others are focused on the National Zoo’s panda cam, which would go dark during a shutdown. Let’s face it, that would be a disaster.

If you really want to know if a major political event is really happening, turn off your TV and check Twitter. Or just refresh this site over and over: istheusgovernmentshutdown.com.

“Can I buy you a drink? Just kidding. I’m not getting paid this month.” #ShutdownPickupLines

Unlike some branches of government, I will always listen to you. #shutdownpickuplines

5) Yogi Bear with me

Hey, Park Ranger, what are you doing tomorrow? #ShutdownPickupLines

Baby, I let the government shut down, so I could spend the whole day with you #ShutdownPickupLines

Why don’t we sequester ourselves in the bedroom… #shutdownpickuplines

Upset at the speaker? I know one boehner that can please you all shutdown long. #ShutdownPickupLines

“@FamousDC: The only thing nonessential about you are those pants. #shutdownpickuplines”